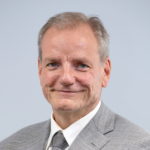 Jan Pie is Secretary General of the Aerospace and Defence Industries Association of Europe (ASD) since September 2013.

In his role, he is in charge of the management of the Association, heading major items of policy work, creating and maintaining close links with the European Institutions and international organisations.

Before joining ASD, Jan Pie, was Secretary General of the Swedish Security and Defence Association (SOFF) where he successfully developed the organisation into a trusted and important strategic partner of Swedish and Nordic Public Institutions, as well as being a driving force within the industrial community.

He also chaired the steering committee for the Swedish MoU office in Washington.

Prior to that, he held the position of Vice President and Emergency Preparedness Director at the SOS Alarm Group in Sweden. He also held several leading positions in business and industry.

Jan Pie holds IFL Executive Management degree from the Stockholm School of Economics and an IHM Masters from the IHM Business School in Gothenburg.