MBDA decided in 2016 to renew the information system tools used by its Customer Support and Services (CSS) direction in France, Italy and the United Kingdom.

To ensure configuration management and the coherence between the data managed inside CSS, the tools platform chosen is based on the S-Series specifications.

The use of the S-Series specifications oblige MBDA to rework its process and to train the ~700 workers of the CSS in the 3 countries. 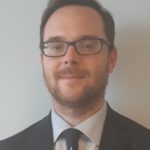 Former researcher in operational research, he became a supply chain consultant and the applied mathematics expert of Newton.Vaureal Company. Working for a large portfolio of...