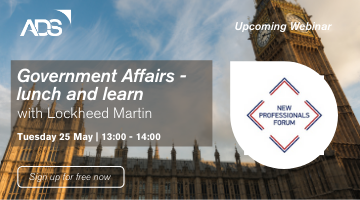 Prior to joining Lockheed Martin, Mark was Director for the Security and Resilience Sector at ADS.  He led a team responsible for industry’s engagement with the Government on policy development and capability requirements for national security.

Prior to ADS, Mark was Research Fellow for Military and Intelligence at the Royal United Services Institute (RUSI).  In this role, he worked on force development and experimentation, future force structures, and Track "One and a Half" diplomatic efforts with various countries.

From June 2008 to September 2010, Mark was Chief of Staff to Baroness Neville-Jones, as (Shadow) Security Minister.  Between 2006 and 2008, he advised the Shadow Minister for Defence, Foreign Affairs, and International Development in the House of Lords, and was an adviser to the Conservative Party’s National and International Security Policy Group.

Mark is a member of the Ministry of Defence’s (MoD) Research, Technology, and Innovation Group (RTIG), the Steering Group for the Defence Academic Pathways (DAP) initiative, and the Support Group for a Special Project.  He also chairs the Public Affairs Group of UKspace.