In 2011 a small LinkedIn Group was formed which brought together women who worked in Defence, and from this in 2016 the nationally recognised Women in Defence Awards were launched.  Women in Defence more widely works to promote gender balance, making defence a better place for both women and men which ultimately improves the work across the Defence sector.

Women in Defence have a vision that focuses on impact, promoting the brilliant work that women and men do in defending the nation, and inspiring the next generation of women in defence. Not afraid to ask questions on gender balance, Women in Defence challenges the status quo and demonstrates the collective impact and ultimate value women bring to UK and global defence.

“Anyone can nominate someone for a Women in Defence UK Award; if you know someone you admire, who motivates you, whose story should be told or who you believe should be recognised and celebrated, please nominate them.

“You can nominate your friend, your commanding officer, your boss, your team, your assistant, your co-worker; anyone working in defence of the nation.”

The awards open to women, men and teams from all levels across the defence enterprise and are a great way to recognise and promote the brilliance of those working in defence of the nation.

There are ten different award categories from inspiring your colleagues, to innovation in the sector, and from emerging talent and unsung heroines, to the promotion of gender balance to create a positive impact. There are award possibilities for everyone and we actively recommend looking around your organisation and thinking about who has made an impact, who is working to promote gender balance, and who is an inspiration, and put that person or persons forward for an award.

The deadline for nominations is 10 May at midday and you can nominate by clicking here. 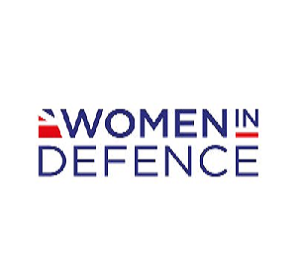