Alongside the much-publicised free trade agreement between the UK and EU signed at the end of 2020, the two sides importantly committed to continuing co-operation between their law enforcement and judicial authorities, as well as negotiating agreements on sharing classified information and a framework for future co-operation on health and cyber security.

The two sides agreed measures including streamlined extradition arrangements that sidestep the unwieldy 1957 European Convention on Extradition; provisions enabling the continuing exchange of national DNA, fingerprint and vehicle registration data via the Prüm system; continued operational co-operation with Europol and Eurojust, including data sharing and the secondment of liaison officers and prosecutors; and arrangements to enable the quick exchange of criminal records data and the continued transfers of Passenger Name Record data. The agreement will be overseen by a new Specialised Committee on Law Enforcement and Judicial Cooperation and underpinned by the European Convention on Human Rights.

The TCA reflects the fact that the UK is now a third country outside the Schengen area but it provides a unexpectedly positive basis for co-operation. While there will be a loss of capability in some areas, for instance with the end of UK access to SIS II, which allowed for the real-time sharing of data relating to missing persons, in other areas the UK and EU have successfully gone further than expected, for example with the extradition arrangements to replace the European Arrest Warrant.

It is worth noting that elements of the security agreement include provisions on data sharing. The EU did not complete a data adequacy assessment in time for the end of the transition period, which would have deemed whether the UK’s data protection regime is adequate according to EU standards. As such, the two sides have agreed a temporary arrangement to allow data flows from the EU to UK for at least the next four months. If a data adequacy decision is not reached during this period then there will be further disruption ahead both for businesses and law enforcement agencies, but there is optimism this will be avoided.

In a supplement to the TCA, the UK and EU have also negotiated an Agreement on Security Procedures for Exchanging and Protecting Classified Information. This will facilitate the voluntary exchange of classified information, though there are no industrial dimensions to this agreement.

In the area of health security, the TCA provides for the UK and EU to collaborate and share information in the event of a global health crisis, such as Covid-19, by enabling the UK to request access to the EU’s Early Warning and Response System and to participate in the EU Health Security Committee. Turning to cyber security, the TCA includes voluntary arrangements for the UK to work with expert bodies including the European Union Agency for Cybersecurity (ENISA) and the EU’s Computer Emergency Response Team (CERT-EU). 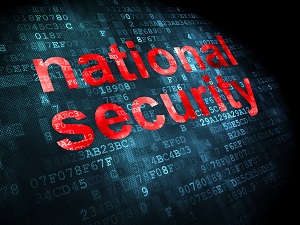