Upgrading the UK’s approach to Science and Technology

In March this year the Government released its Integrated Review of Security, Defence, Development and Foreign Policy. One of the central pillars of this strategic document was the need for the UK to sustain its strategic advantage through science and technology (S&T), ensuring that ‘the success of our (UK) research base translates into influence over the design and use of critical and emerging technologies’. This built upon the UK’s longer-term ambitions to become a ‘global science superpower’.

The new NSTC will be chaired by the Prime Minister and aims to provide Ministerially-coordinated strategic direction on the use of S&T and the UK’s priorities for key technologies. This will be accompanied by the new OSTS, which will be headed up by Chief Scientific Adviser Sir Patrick Vallance, who will now also act as the new National Technology Adviser. The Office will provide support to the NSTC and Sir Patrick by boosting the central analysis and insight functions and by identifying and working to protect strategically significant S&T capabilities.

The establishment of these two bodies follows an internal review conducted by the Government that sought to establish how S&T ‘Advantage’ could be best delivered. Importantly, this work recognised the rapid evolution underway in the S&T landscape and the need to identify and focus on critical and emerging technologies to maintain the UK’s competitive edge. Industry will also welcome the recognition that the UK has historically been strong at science research but faces difficulties in commercialisation at speed and scale. We therefore keenly await details from the Government’s review of technology ‘bets’ the UK should back and prioritise for strategic advantage.

ADS has repeatedly made the case that the UK’s defence and security sectors should be considered core delivery partners for the Integrated Review, given the role our sectors play in supplying critical capabilities and the unique perspective industry has on anticipating and embracing technology advancements. Industry will be keen to engage at the earliest stages with the new OSTS to better leverage cross-Government S&T funds and initiatives; collaboratively set future technology roadmaps to ensure the UK develops the capabilities it needs; and to facilitate a clear demand signal from the Government so as to encourage private sector investment in new capabilities.

As Dstl’s letter recognises, the Government must work more closely than ever with industry to harness the power of our sectors to keep the UK safe and prosperous and our members stand ready to do their part. 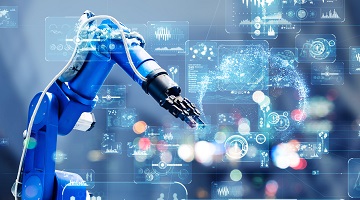