When the UK left the EU at the end of 2020, we also ended our participation in any of the EU’s negotiated FTAs and customs territories.  In addition to the UK and EU agreed deal,  the UK has also been working to secure additional trade arrangements and preferential access to key markets around the world.

In this blog we look at the continuity agreements the UK government has negotiated to carry on trading arrangements similar to those it had as an EU member state, as well as the new trade agreements that the UK has pursued on its own.

Where there are no agreements in place, goods can still be traded under WTO rules using the UK Global Tariff (UKGT). This replaces the EU Common External Tariff –  businesses can check tariff lines using the Check UK trade tariffs tool.

Gov.uk continue to update their webpages detailing agreements that the UK has concluded, that are in effect and the progress of discussions with other countries.

Since 1 January 2021, the negotiated agreements have been able to enter into effect but are currently in different states.  Where the agreement has not yet been ratified, provisional applications or bridging mechanisms have been put in place to ensure continuity of trade.

Most of these trading agreements include:

Not all agreements contain the same provisions, so it is worth members familiarising themselves with the agreements for countries with which they trade or plan to trade with in the future.

There are a few trade agreements the UK has signed that we expect to enter into force in 2021, which are partially applied or have not fully taken effect.

The UK and Turkey signed a trade deal that will support its trading relationship and has committed to working towards a more ambitious trade agreement in the future. As for other territories that are part of the EU customs union, there is an agreement that products will qualify as originating content under the UK-EU TCA.

On Monday 1 February the UK submitted a formal request to commence UK accession negotiations to the Comprehensive and Progressive Agreement for Trans-Pacific Partnership (CPTPP). Negotiation intentions will be made clear in coming months. In the meantime, the UK has signed MRAs (which recognise the results of one another’s conformity assessments) with Australia, New Zealand and United States of America.

The full list of continuity agreements, progress of current negotiations and new FTAs as they come into force are available on the ADS Brexit hub, which we continue to update with new information. We also include links to the government pages which detail the full trade agreement details. 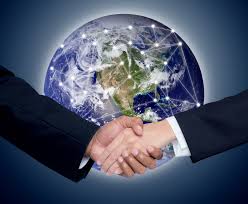