It’s the news we have all been waiting for confirmation on, and this morning the Office for National Statistics provided the data to back up what many in our industry already knew, the UK is in recession.

For the first time since the financial crisis and 2009 figures, the UK in 2020 has seen two consecutive quarters of declining GDP, which is enough to make it official.

The explanation as to why is fairly simple, COVID-19.  This should come as no surprise to anyone who has been living in the UK and experienced lockdown measures, implemented in March, which meant pretty much everything closed and life came to a sort of standstill for whole parts of the country.

When all but essential shops and services are forced to close, there is very little opportunity to make money or spend money and so it was expected that the UK economy would suffer.

Q2 2020 also shows a fall of 21.7% when compared with Q2 2019. Whilst the figures for Q2 are just first estimates, the large-scale decline is as expected, and the scale of the recession is not likely to change with any revisions.  The latest estimates from the ONS suggest the UK economy is now 22.1% smaller than it was at the end of 2019, which highlights the magnitude of the recession the UK is now facing.

What about the V-shaped recovery?

Today’s data is significant for the fact that we can officially categorise a recession thanks to quarterly estimates, but the monthly data remains interesting.

Following the historic decline of GDP in April 2020 of 20%, months that followed have seen government policy kick in and some restrictions begin to ease, leading to GDP growth of 2.4% in May and 8.7% in June. Despite this, the UK is still well below GDP levels of February and a time pre-COVID-19.

Some may consider this a rebound, but the rate of monthly GDP growth needs to be large and consistent to ensure that this is the case for the UK economy. Any sign of a second wave of the virus prompting further lockdowns could cast serious doubt over how long and how far growth can be sustained.

We have been keeping an eye on the monthly changes in UK GDP, specifically for the output of our sectors, and a follow up blog takes a closer look at today’s release and what this means for aerospace Index of Production and more importantly for ADS members. 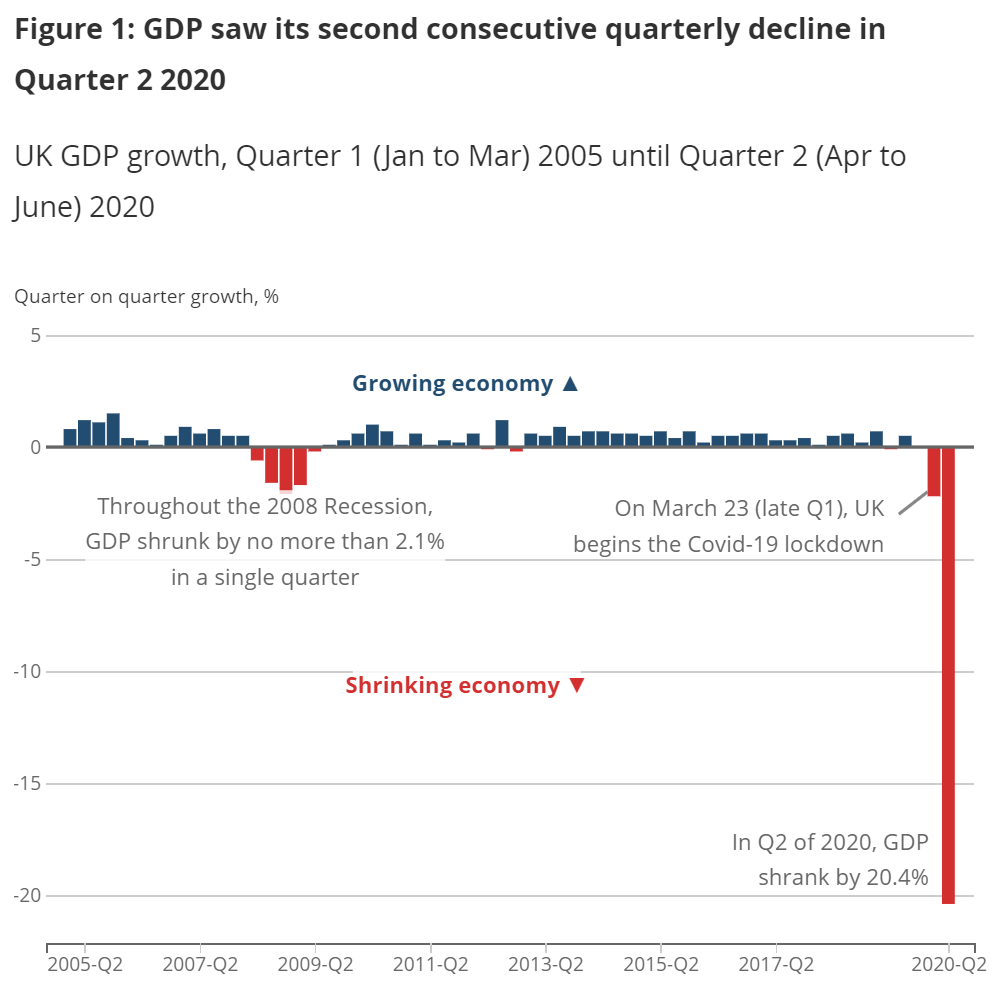