With just 14 days to go until the end of the transition period, much attention is currently focused on the new rules facing businesses next month. However, following public consultation over the course of the year the Cabinet Office, through the Border Protocol Delivery Group (BPDG), have published the UK 2025 Border Strategy.

The strategy sets out how the UK will develop the world’s most effective border over the coming years. It commits to delivering a target operating for the border that will embrace innovation, radically simplify processes for traders and travellers and improve border security.

Who is supporting the strategy?

The strategy is signed by Rt Hon Michael Gove MO, Chancellor of the Dutch of Lancaster, Rt Hon George Eustice MP, Secretary of State for Environment, Food and Rural Affairs, Rt Hon Priti Patel MP, Home Secretary and the Rt Hon Steve Barclay MP, Chief Secretary to the Treasury. The Joint Ministerial foreword shows the cooperation and co-design of the strategy and aims for an effective UK border.

The strategy has also secured the buy in of major operators at ports, including the UK Chamber of Shipping,  Logistics associations and the Airport Operators Association to name a few. With so many key industry and Government heads together, the strategy has a real shot at being effective. Underpinning this will be a new Design Authority for the border that will bring together all public sector bodies who design and deliver the border across the UK Government and the devolved administrations.

What is in the strategy?

There are six major transformations as part of the strategy, which cut across a series of multi-year programmes.

How will we know if it is effective?

Effective KPIs will be used to allow Government to measure the progress towards delivering the strategy, including on:

All of these points are outlined in the strategy, alongside case studies of other global borders that the UK can really learn from. As far as implementing Brexit goes, the border operating model is the first step and a base to build on as far as the 20205 UK border strategy sees it. 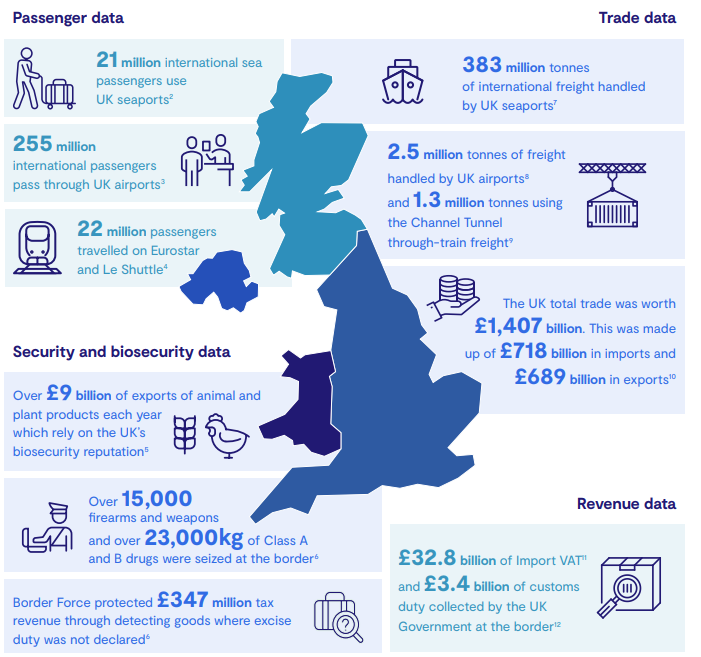