It’s a nice headline, but this ‘Government has no Brexit plan‘ story is just a bit silly.

Not only is the Government methodically working through the process of understanding and identifying its Brexit priorities, it’s actually telling us about some of its thinking.

Yesterday, we the Department for Exiting the European Union (DExEU), the DExEU Secretary the Rt Hon, David Davis MP and the Chief Executive of Airlines UK issued a joint statement on aviation issues that sets out exactly what HMG is thinking on Brexit relating to aviation (which covers airlines and some aerospace industry issues):

“Market access remains a top priority, and we want to make sure we have liberal access to European aviation markets. We will also work closely to explore new opportunities for further liberalisation. We are clear that Brexit provides greater freedom to seek new agreements between the UK and some third countries. This includes looking at possible bilateral agreements to strengthen economic and cultural ties even further with countries such as the US and Canada.

“Other areas of critical importance to address during negotiations include aviation safety, security, air traffic management, passenger rights, customs, and the environment. We will continue to engage with the industry on these issues throughout.”

Now a cynic (and yes, I’m normally in that camp, but not in this instance) would say that these warm words tell us nothing. But if you know the issues affecting the aviation and aerospace industries, then actually this is a clear sign that HMG not only gets the issues, it is publicly setting out priorities.

For aerospace and defence companies, customs and safety certification issues are absolutely critical to their global competitiveness. As the statement points out, these are fundamental market access issues that ADS are confident that HMG are taking very seriously.

While there may not be a final ‘Brexit plan’, the breadth of HMG are working through a deliberate and detailed process. And surely preparation is part of any successful plan. 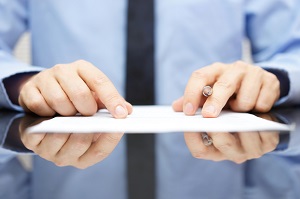