The immediate response from the EU was to call this cherry picking:

3. At an Industry Roundtable in Brussels on Monday, UK officials scoffed at me dismissively when I said EU27 viewed PM’s pitch to stay in EASA, ECHA & EMA as cherry picking. Ahem. pic.twitter.com/oOZq6tXYv8

But UK participation in EU agencies isn’t cherry picking, but stands on precedent as this great thread by @NvOrdanza shows.

As Nicolai’s detailed analysis shows, European-third countries are allowed to participate in the EASA and ECHA (but there’s no provision for this in EMA’s basic regulation). The EU’s own rules already allow the UK to participate in its agencies if we adopt the EU’s rules.

"#Brexit and EU agencies", our extensive look into third country relationships of the 36 EU agencies and how the UK might fit in.https://t.co/O2xRpYvTxU

Albeit largely technical, agencies will have huge implications on Brexit.

Agency budgets and financing is another dimension that could have been added in here. Many EU agencies receive significant funding (its about 70% for EASA) from industry payments for certification/registration etc…which keeps member state/third-country contributions at a minimum. The relationship is overwhelmingly one between the agencies and companies.

But if we’re just adopting the EU’s rules, wouldn’t the UK would have no say, and so simply be a vassal state of the EU because we’d no longer have a vote in these agencies?

The problem with the vassal state narrative is that it doesn’t understand how EU agencies work or how to influence them.

But when you consider that the EASA management board only makes organisational decisions and there hasn’t been a vote in over four years, what influence are we really giving up?

Now consider the scenario where we ‘take back control’ and set up our own agencies. Doing so would give us no say in global markets already dominated by EU or US regulatory frameworks. In the end, we would either create our own rules, and so become irrelevant in established global markets (and add costs to companies operating in the UK), or we would end up mirroring either the EU or the US from the outside, but without any inside influence. 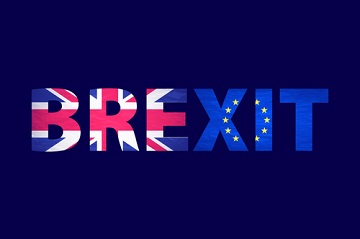