The security landscape across Europe has undoubtedly changed over the past decade and it continues to evolve at a rapid pace. In a globalised world, the effects of conflict and instability are rarely confined within state borders and international cooperation is increasingly required if countries are to ensure their national security objectives are met. From the current migration crisis to hybrid warfare in East Europe, EU Member States find themselves having to respond to a range of threats that are growing in volume and complexity. Yet the consequences of the global financial crisis are still being felt and national defence budgets continue to be squeezed as a result.

This, together with the US’ pivot to the Asia-Pacific, highlights the importance of maintaining a viable domestic or European defence technological and industrial base (EDTIB). Since no single European country can afford to maintain a full-spectrum defence industrial base on its own, however, it is clear that options for further collaboration with our European partners should now be explored. One such option currently under consideration is the development of a framework for an EU-funded Defence Research Programme (EDRP).

Initially endorsed by the European Council in December 2013, the Preparatory Action (PA) is a response to a need to retain defence scientific expertise and technologies in EU Member States, and to maintain and improve long-term competitiveness in the European Defence Industry. Since the initiative was first announced, it has gained considerable momentum and support at the highest political level. After months of workshops attended by Member States and industry alike, it is envisaged that the PA will run over a period of three years (2017-2020) and test at small scale (€50-100 million across all years) the feasibility of a fully-fledged EDRP, which, if successful, could pave the way for a considerable funding allocation in the next Multi-annual Financial Framework (MFF 2021-2027). At present, the European Commission finances exclusively civilian or dual-use R&D through its €80billion Horizon 2020 programme.

While matters relating to defence and national security remain a national government competence (and rightly so), an EDRP which is aligned with and complementary to national efforts could significantly enhance Europe’s security and help to reduce the fragmentation and duplication that are so prevalent in the today’s EDTIB. In 2015, the European Commission invited key personalities from European industry, government, the European Parliament and academia to advise it on establishing the PA. The report published by this Group of Personalities earlier this year emphasised:

The report represents an important first step and, while a number of questions related to implementation modalities remain unresolved, it is important that momentum on the PA is not lost in the months ahead. Indeed, the forthcoming Global Strategy and the European Defence Action Plan will be a crucial opportunity to highlight the key role the European defence industry plays in underpinning our security and to identify action areas that support and enhance Europe’s defence industrial capability for the long-term. 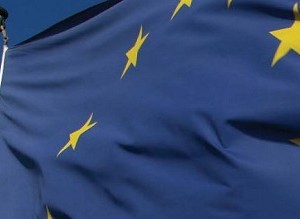