Home » Blog » Policy & Politics » The Queen’s Speech: What are the Government’s priorities?

The Queen’s Speech: What are the Government’s priorities?

In the midst of Brexit, the Government this week laid out their priorities for future legislation through the Queen’s Speech. If the Government manages to withstand a vote of no confidence from the opposition and/or any potential general election, these bills will be the cornerstones of Boris Johnson’s first few years as Prime Minister.

Brexit, unsurprisingly, was the lead item, with the Government planning to bring back a Withdrawal Agreement to Parliament if it agrees a deal with the EU on the terms of the UK’s departure. This would include provisions for a transition period, during which the Government would negotiate the UK’s future relationship with the EU and others, including trade deals.

The planned establishment of a new Cabinet-level National Space Council and UK Space Strategy is a clear win for industry. The UK is already a world leader in this sector, with 40% of small satellites in orbit manufactured in the UK. It was also pleasing to see further commitments to increase Research and Development spending, with further plans to be announced in the next few months.

To leverage this initiative, the Government should bring together UK participation in European Space Agency programmes, procurement of space technology to enhance our national security, and maximise the prosperity generated by the growing low cost launch market.

The Government will also strengthen police powers to tackle the unlawful use of drones, something of great interest to the public after the incident at Gatwick last Christmas. A more flexible air traffic management system will be introduced, with airports and the CAA encouraged to change the design of airspace.

Following the previous Government’s legal commitment to achieving net-zero carbon emissions by 2050, a new Office for Environmental Protection, with enforcement powers, will be established.

These bills mark some significant commitments from the Government, especially for the future of the UK space industry. ADS is engaging with all major political parties to ensure our priorities, such as a National Space Programme, are reflected in any potential upcoming manifestos – putting our industries at the heart of future governments. 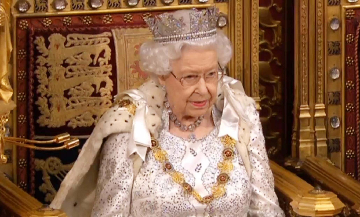