In one of his very first pledges in Downing Street, Prime Minister Boris Johnson announced a major recruitment drive for 20,000 new police officers within the next three years. While this has been widely welcomed by senior police leaders and is likely to be popular with the public, such a pledge is undoubtedly bold and will require the police and Government to work together through the new National Policing Board to create a realistic but ambitious plan.

The need to recruit these new officers has been called for by the Tony Blair Institute for Global Change in a recent report on law and order, and by the new Chancellor of the Exchequer Sajid Javid during his bid for the Conservative Party leadership. Both Mr Javid and the Institute estimated that this would require £1bn in funding, and the Prime Minister has duly pledged more than £1bn for the recruitment drive. However, it is worth noting that in the National Crime Agency’s (NCA) recent National Strategic Assessment of Organised Crime they called for UK law enforcement to receive an uplift in funding of £2.7bn (including £650m for the NCA itself). It is important that this welcome recruitment drive is therefore not undermined by insufficient funding.

While the political focus is on the number of ‘boots on the ground’, the new Policing Minister Kit Malthouse acknowledged in a recent interview with the Telegraph that numbers alone cannot tackle the changing nature of crime. Alongside traditional police equipment such as Personal Protective Equipment, batons and radios, new technology such as body-worn cameras is now at the heart of modern policing. It is important, therefore, that the funding provided for this recruitment drive properly equips our police for the challenges of today. As the Institute’s report noted, there is an urgent need for “better use of technology underpinned by changes in procurement and regulatory frameworks to ease the use of life-saving technology”. Whether this is the widespread adoption of body-worn cameras or mobile devices to enable the real-time sharing of investigative information, the UK’s Security and Resilience sector has a major role to play in supplying the police with the much-needed capabilities to keep pace with agile criminal gangs. This point has been echoed by the Her Majesty’s Chief Inspector of Constabulary, Sir Tom Winsor, in his recent Annual Assessment of Policing in England and Wales.

In this report Sir Tom fully recognises the many pressures placed on the police, but also repeatedly stresses that alongside new recruitment the police must invest in technology, such as facial recognition and artificial intelligence. Sir Tom notes that “As long as the police persist in using 20th-century methods to try to cope with 21st-century technology and ways of life, they will continue to fall further and further behind, and the quality of justice will exponentially diminish.” Senior police leaders certainly recognise this challenge and ADS and its members are ready to support the police with the delivery of advanced capabilities and services as they seize the opportunity of this new funding to reduce crime and improve outcomes for victims. 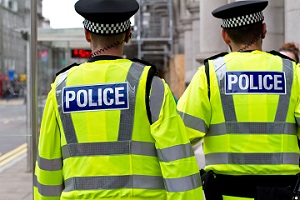