This week the ONS have released data on the health of the UK economy and unemployment. Time periods covered by official data releases are now catching up with actual crisis impact, so the numbers are getting somewhat more real or so we would think.

This is true at least for output, but when it comes to unemployment data, the picture is still far from clear. What we do know is that the Government’s job retention scheme has so far masked the true impact of COVID-19 on unemployment in the UK.

Although May is not a quarterly marker, it is the most interesting time period for analysis as March, April and May are the three months that the Coronavirus really started to impact and shut down the UK economy. Figures suggest GDP actually grew by 1.8% in May 2020 as business and social restrictions began to ease, but is still substantially below February 2020 levels.

The three months to May for aerospace manufacturing output fell 12.5%. This substantial decline is to be expected given the global disruption the sector is experiencing and the restrictions in place in the UK also played a considerable factor in reduced output.   The combined sector output for the three months to May 2020 decreased by 11.9%, this includes the manufacturing as well as service and repair sector which typically experiences more fluctuations.

Spotlight on May – sector comparisons

When looking at other manufacturing sectors nearly all of the other major contributors experienced lower levels of output in May 2020 than in May 2019, except for pharmaceuticals.  Pharmaceuticals continues to be one of the manufacturing sectors benefiting from an increase in output as a result of the COVID-19 as output is 24.7% higher than the same month a year ago.

A confusing picture in the labour market

Analysis on unemployment data suggests that the UK labour market is operating in suspended animation thanks to the job retention scheme. Not only have Covid related redundancies been prevented but the normal pace of redundancies has slowed too.

March to May figures show weakening employment rates, and early indicators for June 2020 suggest that the number of employees on payrolls shrank by just over half a million compared with March 2020, but we were expecting numbers to be higher given the number of potential job losses reported across all sectors.

Additionally, the changes made to the Universal Credit system to make is accessible as a support for more people during the crisis has overstated the number of those claiming unemployment benefits, compared to those actually unemployed. It is a strange time for data where regular employment measures are failing to provide insights on the state of the labour market and the amount of productive work being done.

As always, we look forward to the next data release which will include June data, give half year figures and include the time frame that saw the Government actively urging people to get back to work. Whilst there is still much speculation that the UK is on for a ‘V-Shaped recovery’ the reality for aerospace manufacturing might be that there is a lower new “normal” level to be found until demand rises again. 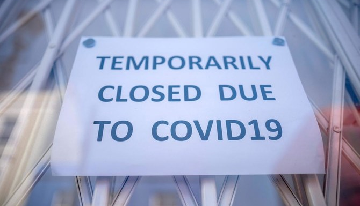