SECTION ONE: How we got here: the process of agreeing the Protocol

SECTION TWO: How the Protocol is working

Section two looks at the implementation of new customs systems, reflecting that the scale of these efforts is a result of the amount of work required to keep goods moving.

SECTION THREE: One way forward: our assessment of Article 16

The Command Paper reflects on the fact the UK has not sought to invoke Article 16, the safeguard mechanism built into the protocol, so far but does not rule out doing so at some point if justified.

UK government again recognises the difficulty in finding a solution that both protects the EU Single Market and allows freedom of goods and services in Northern Ireland.

The paper here admits it is not overly prescriptive about how solutions to identified issues would work but the following suggestions are made:

For trade in goods within the United Kingdom

Revisit the ‘at risk’ element of goods entry. This could mean traders declare goods end destination and so only those goods destined for the Republic of Ireland would be subject to customs controls.

This is similar to the approach with customs with a few additional checks for Republic of Ireland goods and stock.

The paper proposes to look at a more flexible settlement, with greater freedom to set VAT and excise rates and structures in Northern Ireland.

Increased market surveillance to monitor compliance, with penalties for non-compliant traders building on data sharing arrangements and current IT systems.

Circulation of goods within Northern Ireland

The full dual regulatory regime in Northern Ireland, underpinned by risk-assessed regulatory checks performed by market surveillance authorities to limit the sale of goods beyond Northern Ireland. Which would be managed by data sharing and legislation to provide for penalties for UK traders seeking to place non-compliant goods on the EU market. The UK would be prepared to enhance the process related to subsidy control for Northern Ireland producers in this model.

The paper suggests returning to a normal treaty framework similar to other international agreements including like the TCA in order to devise alternative dispute settlement arrangements.

Finding new and durable arrangements agreed by the UK and the EU together and look to provide certainty and stability for businesses in Northern Ireland in the short term.

The UK is looking for a standstill on existing arrangements to ensure there is room to negotiate without a cliff edge, and the UK government is keen to take these discussions forward at pace

Since the publication of the Command Paper, Vice-President Maros Sefcovic has made a statement that they will continue conversations with the UK but will not agree to a renegotiation of the Protocol.

ADS are continuing to engage with Government on this important issue on behalf of members and push for the best possible outcome in these proposed changes across all of our sectors and more information about our future EU work is on the ADS Brexit Hub. 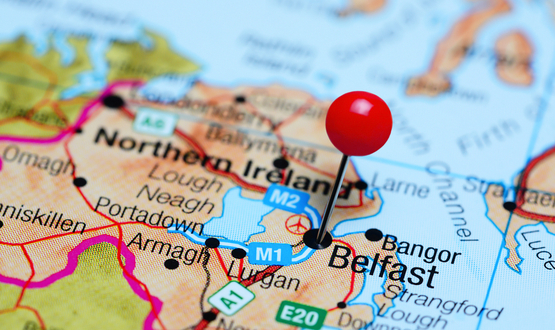