Tim has worked for the organisation since 2003, moving into his current position as Head of Defence Commercial in 2007. He spends most of his time providing members with help and guidance on the commercial and contractual aspects of doing business with MOD and in its supply chains. This includes bid strategies, responding to pre-qualification questionnaires (PQQs) and invitation to tenders (ITTs), advising on contract terms and Intellectual Property Rights (IPR), and assisting when things go wrong, including disputes up to the point where counsel opinion is sought.

Tim also facilitates a number of related MOD/Industry and Industry-only groups including those dealing with:

Tim is also involved with the processes for incorporating cyber protection requirements in contracts, and represents ADS on the Defence Cyber Protection Partnership Executive Group and its Tools and Communications subgroups.

On leaving the shipbuilding industry, Tim spent a number of years in various project management roles, mainly project planning and cost control, in the process plant and offshore oil contracting industries. From there he worked for a number of companies that provided equipment for these industries before joining the organisation that made the life support systems for the Royal Navy’s nuclear-powered submarines and similar equipment for submarines of other navies.

Tim shares his week between our London and Farnborough offices.

Interested in finding out more about joining ADS? Find out about all the benefits 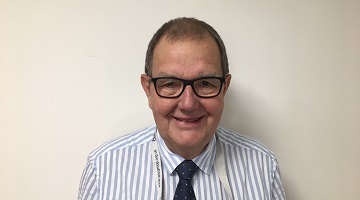