Labour Leader Jeremy Corbyn today gave more details about the party’s shift in position on the customs union alongside more insight into Labour’s thinking on Brexit.

He announced in a speech in Coventry that Labour’s priority is to get the best deal for people’s jobs, living standards and the economy. Regarding the customs union, Mr Corbyn said that “Labour would seek to negotiate a new comprehensive UK-EU customs union to ensure that there are no tariffs with Europe and to help avoid any need for a hard border in Northern Ireland.” This is the first time the Labour Party have officially backed a new customs union and is in direct competition with the Government’s position which is not to tie the country into any form of customs union.

Other highlights from the Labour Leader’s speech include:

Also this afternoon David Lidington the Chancellor of the Duchy of Lancaster and Cabinet Minister responsible for overseeing devolution consequences of EU exit delivered a Brexit speech at ADS member Airbus at their Broughton site. In his speech he outlined how Britain can be more united at home and stronger abroad following leaving the European Union. You can read his full speech here. 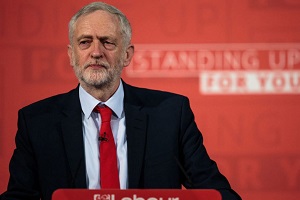