If you ever find yourself in High Wycombe chatting about “SpOC” to someone with a Delta arrow proudly pinned to their chest fear not, you have not stumbled into a Star Trek convention but have found the newly formed UK Space Command.

This new UK Armed Forces Command was formed at the beginning of the month, will tackle the threats of the future. Space is key to the UK’s defence, civilian and economic activity and is becoming an increasing target for disruption and denial in every shade of the grey zones of modern warfare. The establishment of a UK Space Command for defence is a crucial step in the development of a coherent strategy to understand and operate in space.

How will Space Command operate?

Within those three spheres, UK Space Command will control the newly formed UK Space Operations Centre, (SpOC) which will monitor space to gather intelligence on threats using SKYNET Satellite Communications, a family of satellites, ground stations and equipment that makes up the UK military’s Strategic Satellite Communications (SATCOM), currently owned and operated for the MOD by Airbus Defence and Space. Finally, Space Command will utilise RAF Fylingdales which will provide a continuous ballistic missile early warning service to the UK and US Governments. It also monitors objects in space which could be considered missiles when they re-enter the atmosphere making up a key part of the Allied Space Surveillance Network, as well as fulfilling the UK’s commitment to the Combined Space Operations initiative, which comprises of 7 allied nations, Australia, Canada, France, Germany, New Zealand, UK and US.

The command will work alongside the Ministry of Defence Space Directorate, which is responsible for Defence Space policy, strategy and cross-government and international coordination. As well as working with the UK Space Agency on joint operations where mutually beneficial. DSTL will provide R+D development which was discussed in detail during ADS’s Space Webinar who hosted DSTL last month.

The formation of the unit is an exciting step in the UK’s defence capability, its malleable and expanding nature, coupled with the central feature of Space within the Integrated Review provides ADS members with a new opportunity for innovation and research. Space Command is also due to feature in the Governments upcoming National Space Strategy, which is due to be published later this year, bringing together the Governments vision for civil and military space capabilities for the coming years. ADS members who form the Space Sector Community (SSC) and the Defence Air & Space Group will be discussing these opportunities in their frequent meetings.

If you would like to find out more about the UK Space Command and network with those in the industry, then please consider attending the Space-Comm Expo 2021 held on the 7th and 8th of July at the Farnborough International Exhibition and Conference Centre. It is free to attend with an exciting line up of speakers, roundtables, networking, and educational opportunities. If you would like to exhibit your business, then ADS members get 15% off. You can find out more about the Expo here: Space-Comm Expo 7-8th July 2021 (space-comm.co.uk) 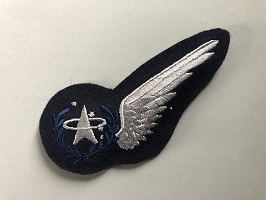