Over the past week, the British public have been treated to the incredible sights and sounds of Team GB Cycling dominating the Rio De Janeiro Velodrome – winning 6 of the 10 track cycling golds on offer, and elevating Sir Bradley Wiggins, Jason Kenny, and Laura Trott as some of the most successful British Olympians of all time.

Driving Team GB’s performances over the last few years has been the concept of ‘marginal gains’ – introduced ahead of Beijing 2008 by Sir Dave Brailsford. Improving certain areas by only 1 or 2% will eventually add up to an overall net gain and key advantage over rivals. This concept is mirrored in the Aerospace industry – particularly in commercial Aerospace, whereby incremental improvements in various areas of an aircraft can add up to significant efficiency improvements. The success and up take of ‘winglets’ (reducing wake vortex around the end of the wings) which contribute to improving fuel efficiency by 1.5%, is a prime example of this approach.

However, Aerospace technology and research techniques have contributed significantly to improvements in cycling, and also directly to Team GB’s success over the last week. Below are some key examples:

From the bike, to the helmet, to even the cycling shoes, aerodynamic improvements are a key part of the marginal gains agenda. Equipment is modelled and tested vigorously, with the use of wind tunnels a key part of this approach. For Rio 2016, Head of GB Cycling technical development, Tony Purcell, tested vigorously Team GB’s new bikes at the wind tunnels at Southampton University – a wind tunnel originally built and used by the Royal Aircraft Establishment Farnborough for testing and designing new British military aircraft during the 1920s and 1930s. The wind tunnel is currently used for research into various University and industry projects relating to issues such as flight modelling aerodynamics for aircraft operating in extreme conditions. Team GB’s work at this historic wind tunnel has resulted in the most aerodynamic bicycle model the Great Britain Cycling Team has ever ridden.

Ahead of Rio, BAE Systems worked with GB cycling to design the ‘advanced cycling ergometer’ – which measures athletes’ power output and expended energy while accurately replicating the variety of forces experienced by cyclists in a velodrome. The stationary bicycle can simulate sprints, endurance races and road race conditions, and is designed to be portable. This portability is also vital as it can be used in laboratories, where physicians are able to measure the blood and breathing data from athletes calculate their performance and energy levels. BAE’s video on the technology can be viewed below:

Following the previous tradition of using lightweight aluminium to develop track bicycles, the advent of carbon fibre has revolutionised the sport. Engineers who have helped to refine the use of carbon fibre and composite materials for commercial and defence aerospace, have brought this knowledge to cycling. Team GB’s T5GB bike is a prime example of how aerospace-grade carbon fibre has been used not only to design a lightweight bike, but also one that stands up to the rigors and loads placed on it by its riders. However it is not just the bikes which have seen carbon fibre applied. At Rio, now 6x Gold Medallist Jason Kenny has worn custom carbon ‘aero shoes’, made from carbon fibre technology developed from Aerospace. Not only are they lightweight, but unlike regular shoes, the hardware for adjusting the shoe kept underneath and out of the wind. 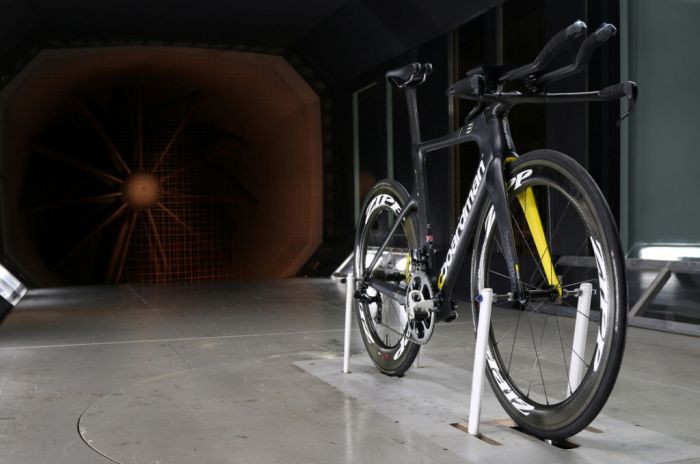