On Friday 9th February, industry, government and trade associations across the UK and France assembled to discuss the aerospace supply chain in both countries, organised by the British embassy in Paris and meeting in the ambassador’s residence.

We were given a keynote address by Pierre Cardin, Head of Procurement Strategy for Airbus. He reminded us of the importance of Airbus to the UK economy – with 14,000 employees across 25 sites and 117,000 jobs dependent on Airbus orders and operations. For this company, as for the others which presented, the key factors to the success of their industry are the easy movement of people and goods across borders – and achieving a competitive aerospace supply chain.

The work of the aerospace industrial strategy in particular is designed to improve supply chain competitiveness. This strategy is all about making the UK a more attractive place to do business, and to do this investment in innovation is essential. Amongst other things, the strategy sets up a £5.9 billion fund to work at increasing UK R&D spending from the current level of 1.7% to 2.4% of GDP by 2027.

Yet there is the concern about the UK’s participation in flagship EU projects. While the UK remains a member of the European Space Agency and the Horizon 2020 programme, how long will this last for? Work is already ongoing on the next EU research programme, FP9, for the next period after 2020. What will the agreed model for cooperation be with the UK? Companies need to know as soon as possible so they can make investment and funding application decisions.

There was clearly no escape from discussion of Brexit. As Jeegar Kakkad, ADS Chief Economist put it: Brexit is the elephant in the room that everyone’s talking about. Besides the question of R&D, the risks to the free movement of people and goods already means there is a danger that British companies are missing out on export opportunities. One French multinational stated that on a visit abroad to potential customers they did not involve their British suppliers – as they lacked certainty about the reliability of the supply chain after Brexit.

Despite this, as the DIT team at the British embassy (keen to say they are the biggest team at the embassy) emphasised: each nation needs the other. Research by both BEIS and ADS Group indicates that UK aerospace exports around £5 billion every year to France, and imports almost £1.5 billion every year in return. As the aerospace, defence, space and security sectors import £10 billion a year to the EU as a whole these figures indicate both the importance of the aerospace sector to the UK-EU trading relationship and France’s significance as a bilateral partner.

Ultimately, as one speaker said, Brexit has to be an opportunity for new developments in French and UK partnerships. Otherwise what was the point? As we saw, despite the robust nature of the current relationship and the work of the UK government, our industry is still crying in the wilderness until the UK and the EU agree a deal.

More than anything else, British companies need certainty for 1) a transition deal agreed as soon as possible that maintains the all the aspects of UK membership in the EU, and 2) an end-deal agreement, agreed this year, that maintains existing regulatory harmonisation, UK involvement across R&D programmes, and avoids putting up barriers to the movement of goods and people. 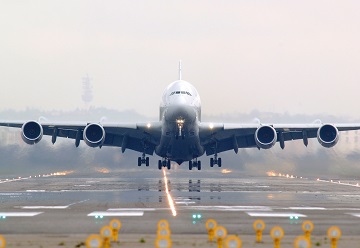