The 4th Annual EU Aeronautics Conference took place in Brussels on last week. With over 400 attendees, including industry, regulators, Commission, MEPs and trade associations, this was an opportunity to discuss where the European Aerospace industry is, and what some of the future challenges and opportunities are. This was hosted by the European Parliament Sky and Space Intergroup, chaired by Monika Hohlmeier MEP.

The Age of Technology

Tom Enders, outgoing CEO of Airbus, gave a few remarks about the future. Compared with when he started in the industry, 28 years ago, there has been much consolidation which has driven European competitiveness. Now, though, it is technology rather than mergers which need to drive continued business success. The adaptation to digital skills and technologies, preparing for the implications of AI and machine learning. Getting the best talent available, and building truly global enterprises.

Patrick Ky, Executive Director of EASA, continued the theme of digital technologies by noting that this is a revolution in aviation. There needs to be a proper regulatory framework for certifying products which rely on machine learning, artificial intelligence, and how the system will work, for example, for air taxis. There needs to be a political debate about the level of technology used in public; what people are happy with and the level of technology that should be used in transport.

Hans Buthker, CEO of GKN Aerospace, emphasised the importance of improving lead times for introducing new products and technology by industry. This is a decades-long process for aerospace, but other industries can be producing products for sale within months of design work beginning. This is something where aerospace needs to take advantage of new technologies to improve.

Tom Enders paraphrased Harold Macmillan to note that “the winds of change are blowing through our industry”. This will require much more cross-industry collaboration, with companies such as Google, for example. European competitiveness is an issue, as most of the companies Airbus wants to work with are in the US rather than Europe.

Warren East, CEO of Rolls-Royce, in the day’s only reference to Brexit, noted that we need to minimise disruption between the UK and EU aerospace sectors in the short-term, and in the long term to continue and intensify collaboration. There is a need for industry to focus on the core essentials of technology, skills, and digitalisation.

The Rise of China

Tom Enders noted that the rise of China is going to be a massive influence on the sector, for example as a leader in Artificial Intelligence. It is too early to tell how this relationship will work, but at the moment both collaboration and competition are possible futures. Warren East agreed that China was a key issue for the future of the aerospace industry, but emphasised that this is an opportunity rather than a threat.

There was a strong focus on the key issues facing the aerospace sector, which were identified as 1) new technologies, 2) digitalisation, 3) competitiveness and 4) China. There was an acknowledgement that it is an exciting time in aerospace, and there are many opportunities in the future. 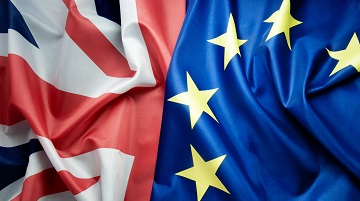