Last week, the European Parliament’s (EP) Transport Committee (TRAN) voted and agreed on its own position and amendments to the European Commission’s proposal to update the EASA Basic Regulation – the legislation that underpins the roles and responsibilities of the European Aviation Safety Agency (EASA).

The Commission’s original proposal, unveiled back in December 2015, focused on a range of measures seeking to improve and reform the role of the agency. This included a greater focus on moving to a performance based approach to adopting regulations, introducing greater flexibility to embrace new technology, an enhanced role in international engagement and working to collaborate on European research and other EU legislation.

The EP TRAN’s vote was a result of over 10 months of discussion and negotiation amongst MEPs on the committee, with EU member states at the European Council working in parallel to develop its own position in response to the Commission’s original proposal.

Whilst the EP TRAN position agreed broadly with the Commission’s proposals, they highlighted specific changes including:

So what are the next steps in the process? The European Council will continue to finalise their position over the months ahead, with final sign off set for a future Transport Council meeting. The next stage will then be for the Commission, Parliament and Council to sit down in Trilogue meetings and seek to agree a common and final proposal which can be adopted.

ADS has worked with the UK government and our European Association, ASD, throughout – outlining our position, concerns and areas of support at every stage of the process. Following the vote at EP TRAN, ADS will continue to raise issues of importance to our sectors, including:

Whilst the reform process still has significant hurdles to overcome, the result which should be an agency that is more flexible and agile in responding to the safety challenges of the future. As I mentioned in my blog a few weeks back, the Executive Director of the agency has acknowledged how ‘More safety can sometimes be a barrier to safety’. Updating the Basic Regulation will ensure that this approach is avoided, and that EASA is able expand its scope and continue to improve on its safety outcomes. 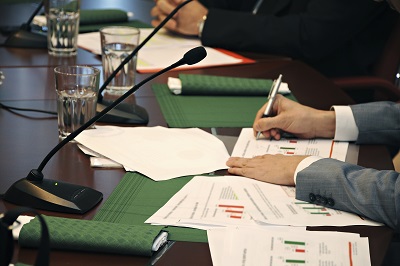