RAF 100: A rich history and bright future of collaboration

“Through its enduring focus on professionalism, excellence and innovation, the Royal Air Force stands as a shining example of inspiration around the world for the next generations.” – Queen Elizabeth II

Today is the official celebration of the Royal Air Force (RAF) centenary marking 100 years of service by men and women who have protected our nation and guarded our skies. The RAF has flown some of the most famous aircraft in military history, from the very first days of flight to the Typhoon and F-35 of today. The enduring partnership between the RAF and the defence aerospace industry is a source of great pride to companies and employees across the country.

Industry has worked hand in hand with the RAF since its inception, providing and supporting the Royal Air Force with the very latest in aerospace technology and ensuring they are ready to fly when they are needed. This close relationship has helped to drive innovation and been the basis for successful export campaigns, bring jobs and prosperity.

A great example of a British company supporting the RAF is through Hawker Siddeley. They created the Hawker Hunter fighter jet which served as a key component of British military aviation in the Second World War. However, they might be most well-known for the Harrier jet – one of the most remarkable fighter jets in British military aviation history. It remained the only true short take-off and vertical landing aircraft in the world up until 2012 with the arrival of the F-35B.

From British design and build of the twentieth century, through to the vast international collaboration projects of today, military air plays a big part in international and defence diplomacy.

The complexity and cost of designing, developing and building a modern combat aircraft means that international partnerships are essential to any successful project. Both the F-35 and the Eurofighter Typhoon are the product of these important international collaborations. In the century ahead it is essential the UK retains the high-value design and technical capability to lead new programmes.

It is not only industry that participates in international collaboration, but the RAF more directly too. The UK’s international relationships and influence are strengthened through defence collaboration. Last year the Government announced that the RAF will be hosting the Qatari Emiri Air Force at RAF Coningsby and will run a joint squadron (No. 12 Squadron) with them, providing training and support to the Qatari Emiri Air Force as it brings the Typhoon into service. This not only helps build a relationship between our Air Force and those from other countries, but helps industry build stronger relationships too.

Our warmest congratulations to the RAF on its centenary and UK industry looks forward to working with you on the next generation of aircraft and maintaining the unique partnership that has done so much to provide our national security and prosperity. 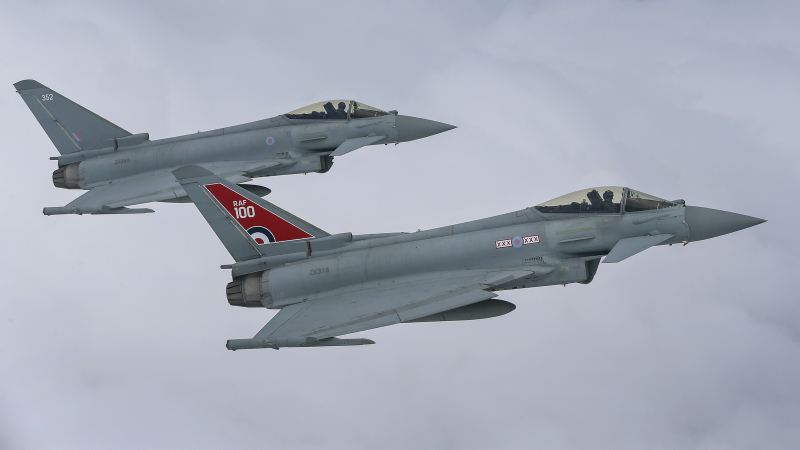