Andrew Cowdery joins Richard Harrington MP, Parliamentary Under Secretary of State, Minister for Business and Industry who is the Government Co-Chair. His appointment follows Allan Cook CBE’s departure who had been Industry Co-Chair since February 2016.

Established in 2014, the DGP works to strengthen the UK’s defence industry by working with key stakeholders across Government, academia, trade associations and all levels of industry.

Andrew has been involved with Panavia & Eurofighter collaboration from the late 1980’s, working with European Governments and Industry partners on Tornado and Typhoon aircraft programmes. He continues to chair the Euroradar and EuroDASS consortiums. 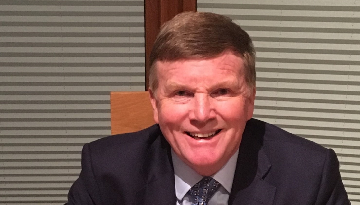