Current Position on the Post-Brexit Security and Defence Relationship

As news on the UK’s negotiating position becomes ever so slightly clearer week by week, the EU’s Task Force 50 has released a series of documents and slide decks that shed light on the position and views of our friends on the other side of the table. The Task Force 50 (TF50) slides on Security Defence and Foreign Policy were published on 24th January and outline a future relationship framework with the UK on a number of initiatives, programmes, and groups.

Operational defence cooperation has been noted by both sides as an important issue, alongside security considerations, that warrants a different approach outside of the formal negotiations. It is a positive step to see both the UK and EU prioritising international defence and security considerations; however it is not yet clear how this will translate over to the long-term industrial and research and development (R&D) cooperation. For the security industry, access to cross-EU R&D resource, including funding and skills, is fundamental to enable the sector to actively adapt and counteract developing national security challenges. Therefore, ADS urges that access to critical programmes, such as Horizon 2020, form a key part of the negotiations moving forward.

There is broad agreement between both the UK and EU on the importance of cooperation to tackle pressing security issues, such as international crime and terrorism. The TF50 slides acknowledge that, at present, there is no current mechanism to enable the in-depth cooperation envisaged with a third country. However, ADS welcomes the Prime Minister’s proposal of a comprehensive new treaty to underpin a strong and open security relationship, and we urge that, in the course of productive negotiations, the UK and EU both continue to recognise the considerable mutual benefits of continued close cooperation which extend to cover Common Security and Defence Policy (CSDP) and Common Foreign and Security Policy (CFSP) matters.

In the final end-state the TF50 slides position the UK as a third country, unable to directly influence capability development and activity within the European Defence Agency (EDA) or the European Defence Fund (EDF). During transition the UK would still be expected to financially contribute to the extant agencies, funds and missions; however it would be limited in terms of voting rights. Access to the EDA and EDF remains of critical importance to industry, these collaborative projects not only help British companies understand, contribute to, and gain access to funding, but also help the UK maintain influence in the important European market. In the 21st century capability development is seldom a national activity and the UK would benefit from continued access and influence in European R&D.

However, the TF50 slide decks does acknowledge the UK’s history and expertise in defence R&D and the contributions it has made to date. There is obvious recognition that the influence and importance of the UK to European defence priorities will remain strong, and thus it is likely that the final version of the ‘third country status’ will be flexible and pragmatic. Likewise, both the EU and UK recognise the critical importance of ensuring that national security cooperation is maintained and strengthened, given the current environment of rapidly developing threats, and therefore it is likely that any future relationship will involve sharing of both information and intelligence 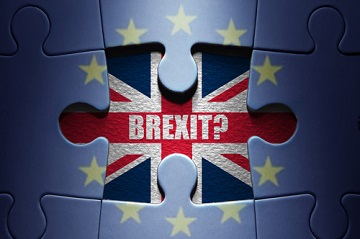