CCC report and recommendations on the sixth carbon budget

Posted on December 10, 2020 by Jonathan Hawkings

Yesterday (9th December) the Climate Change Committee (CCC) published its report and recommendations to the UK Government on the sixth carbon budget. Additionally, the CCC has published sector specific documents that summarise the content of the advice, methodology and policy reports for each sector. The aviation summary can be found here.

What it means for aviation

The CCC assessed four scenarios for aviation demand growth and subsequent emissions, then merged these into the ‘Balanced Net Zero Pathway’ to set its advice to Government. The headlines from this merged scenario are:

The policy recommendations to achieve this are set out in the table below: The advice to include international aviation emissions within UK climate targets is an eyebrow-raiser, though we were expecting it. The UK Government will have to significantly increase its efforts to shape international policy if this is going to have a material impact. The work to explore the feasibility of a long-term aspirational goal for international aviation is ongoing through ICAO but is not due to be presented to the ICAO assembly until 2022.

How will UK aerospace react?

As has long been the case, the UK aerospace sector relishes the challenge presented by climate change. We are aware of our responsibilities and have a clear, credible plan to decarbonise UK aviation. The industry is enthused by the Prime Minister’s desire to increase the UK’s level of ambition in relation to climate change, and look forward to working through the Jet-Zero council to make those ambitions a reality. 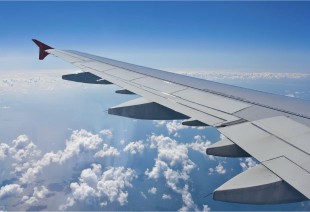