Home » Blog » Brexit » Will Parliament vote for a Brexit agreement in time?

Will Parliament vote for a Brexit agreement in time?

Posted on February 12, 2019 by Jonathan Hawkings

With 23:00 on 29 March approaching quickly, time seems to be running out to find consensus on the Government’s Brexit plans before exit day. MPs will vote again this week on the Government’s next steps, in the absence of the Prime Minister putting forward the Withdrawal Agreement for a second ‘meaningful vote’.

Let’s recap where we are in the process for getting an agreement through Parliament:

Last week the Prime Minister met with the EU in Brussels. There was agreement that the EU and UK negotiating teams would reconvene to see if they could find a way through. The Prime Minister and European Commission President Jean-Claude Junker agreed to meet again before the end of February to take stock of the discussions.

That brings us to this week. The Prime Minister told MPs that the next steps continue to be discussions with Brussels. She will come back to the House of Commons on 26 February for a further update and what would be a third ‘next steps’ vote on 27 February.

This may mean that MPs could be waiting until March before a second ‘meaningful vote’ is put to Parliament. Given the scale of the defeat first time round, the Prime Minister needs to convince a significant number of MPs to back whatever she comes back to Parliament with. Deadlock feels like it could be with us for some time yet. 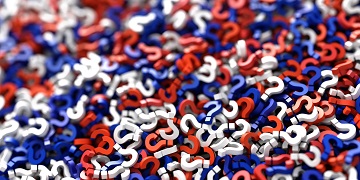