Last week the National Audit Office published a report on the state of the UK border with the EU since January 2021. The purpose of this report is primarily to draw together information on the impact of the new border arrangements and to identify future risks.

The report concludes that the Government was largely successful in putting in place its initial operating capability for the border for 1 January 2021 and that the reasonable worst-case scenario did not materialise.

There was some disruption in other parts of the supply chain as the Government and traders adjusted to new EU import controls. Broadly, businesses are facing additional burden which are set to increase with full import controls.

The UK’s trade with the EU fell significantly during the first quarter of 2021 but had partially recovered by the second quarter. The Government responded to provide financial support schemes for some sectors but did not have a strategic plan for its interventions prior to the end of the transition period.

There is still uncertainty regarding elements of the Government’s infrastructure programme. Likewise, trader and haulier readiness remain significant risks despite the further delay in introducing import controls and there are ongoing risks in not having a full import control regime in place.

The Northern Ireland Protocol came into operation from 1 January 2021, with grace periods delaying the requirements for some checks. However, there is considerable uncertainty about the future arrangements that the UK Government and the Northern Ireland Executive will need to put into place regarding the Protocol.

ADS members, especially those in Norther Ireland, are still dealing with the implications of the new UK and EU border. This NAO report aligns with the challenges that industry has seen over the past 10 months since the agreement was announced and the last five months of implementation.

ADS continues to work with Government , members, and stakeholders to support businesses through the changes to processes, regulations, and new requirements. For further information, members should visit the ADS Brexit Hub. 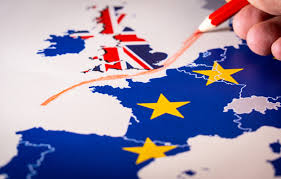