Home » Blog » Brexit » A look at the economic state of play

A look at the economic state of play

As Parliament returns and a technically ‘new government’ has been formed, it’s worth taking a look at the economy to understand the state of play for the Prime Minister.

Following a Conservative party majority win in the general election, on Thursday the Pound reportedly experienced a ‘Boris bounce’ and briefly reached the dizzy heights of 1.351 against the US dollar, its highest value since late 2018. It was reported that this boost was a sign that the UK economy was now on a clearer path towards Brexit and providing some much sought after certainty. However, the Pound was quoted lower against all its major rivals at the time of writing this blog on back to 1.311.

Given that many parts of the aerospace sector supply chain purchase in dollars, it might be a surprise that companies have not yet overwhelmingly reported benefiting from the declining value of sterling compared to the dollar experienced in recent months.

At a time of mixed feelings from exchange rate indicators, Brexit uncertainty is continuing to have an impact on both businesses and consumers. Consumer spend slightly declined in the run up to the leave date of 31 October and GDP grew just 0.3% in the third quarter of 2019. Similarly, in Q3 the manufacturing sector failed to grow, and services remained the main driver for growth in the three months to September 2019.

However, in amongst a difficult time for the majority of manufacturing sectors, aerospace manufacturing, which had been in decline since January 2019, grew 1.4% on the month to September 2019. The first look at data for October 2019 also shows an increase on the month for both aerospace manufacturing at 0.5% and service and repair of 3.9%, this could also be signs of confidence returning to the industry or a slight boost from potential Brexit stockpiling in September and October. The combined sector output remains 6.5% behind this time a year ago, with a number of UK and global factors believed to be contributing to small but significant slowdown.

So, what does it mean for the new government as official data sends mixed signals? Well, uncertainty for now at least still exists. The next few months and the ability of the government to bring about a successful Brexit deal underpins all the growth forecasts for 2020, which are still only predicting 1.2% UK GDP growth as investment remains subdued across sectors and as far as the rest of 2019 looks, manufacturing growth for 2019 overall is predicted to be a bleak 0.3% , but demand for goods in aerospace and other sectors such as plastics and chemicals remains strong. So as ever, we wait and see. 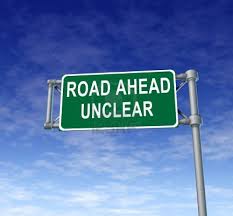