Home » Views & Analysis » An Exploration of Space at DSEI

An Exploration of Space at DSEI

DSEI took place at the start of September in London and after more than 18 months of virtual defence, security and space events the in-person show proved to be a huge success. The Space sector which is currently experiencing unprecedented growth was well represented with a dedicated space hub, and exhibitors and attendees were able to hear from senior Government officials and industry experts.

Day 1 Focus: the importance of collaboration

The “Collaborating with industry to deliver the MoD’s space goals” session highlighted the requirement for better collaboration across government and industry along with a key focus on innovation; a general theme echoed during other briefings.

Day 2 Focus: the importance of modelling and simulation

Day 2 highlighted the importance of modelling and simulation as the most effective way to train, prepare and learn, stated during the “Space as the ultimate integrator” session. A key takeaway from the session was “train hard but not expensive”.

During the “Own/Access/Collaborate: The importance of our international partnerships” session, forming collaborations was considered as critical in defining a capability roadmap. The importance of space domain awareness was also highlighted and Mr Arfan Chaudhry, the UK Space Agency’s International Director spoke about the 3 strands he is focussing on: 1) Scientific development 2) Security now that spaceports are considered as critical national infrastructure 3) UK prosperity.

Air Vice-Marshal (AVM) Paul Godfrey, Commander of the UK Space Command’s keynote address emphasised the importance of protecting high value assets in space especially as we see an increase in spoofing and jamming. AVM Godfrey outlined the UK Space Command’s vision of making space safe, secure and sustainable for all generations by 2030. AVM Godfrey also mentioned that Strategic Command space programmes would move across to the Space Command and that the Skynet Enhanced Capability (EC) tender would be released later this year.

Day 3 Focus: Retaining and attracting employees to the Space sector

The “Space, skills, synergies, and successes” session highlighted the need to attract new employees to the Space sector. Roy Haworth, Chairman – Space Apprenticeship Trailblazer Group, Airbus Defence and Space informed the audience that his group were working with both pupils and teachers to generate interest in the Space sector as a career path. Dr Joanna Hart, Cluster Development Manager, Harwell STFC informed the audience that she hopes to train 300 people a year to help bridge the skills gap and Kathie Bowden, National Space Skills and Careers Lead, UK Space Agency informed attendees of the UK Space Agency’s entrant scheme and a new fellowship scheme the Agency are considering launching.

With many interesting briefings and discussions around the Space sector held at DSEI, it is apparent that there are a range of opportunities and challenges in one of the UK’s fastest growing sectors. The UK Government’s launch of the new National Space Strategy highlights the level of opportunity and the importance of Space to UK prosperity in the future. If you missed any of the sessions above and held a ticket for DSEI, you can still watch them on DSEI Connect.

ADS runs the United Kingdom pavilion at DSEI on behalf of the Department of International Trade. The next DSEI takes place on 12 – 15 September 2023. Find out more about the benefits of exhibiting in the UK Pavilion here. 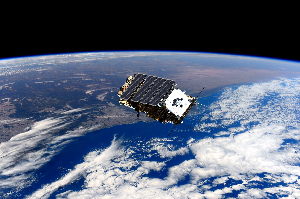