National Apprenticeship Week aims to celebrate apprentices and recognise the role of apprenticeships in providing a ladder of opportunity; they are a great way into successful and rewarding careers, and can lead to roles at the very top of industry.

This week we have focussed on the importance of apprenticeships in building a thriving future for our industries, today we shine a light on the career of one of the UK’s most successful apprentices. 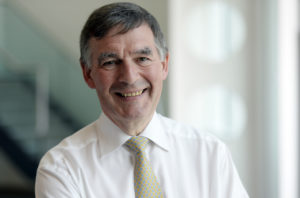 Allan Cook CBE, has been chairman of leading design, engineering and project management consultancy Atkins for seven years. He began his own hugely successful career as an apprentice electrician with his father’s contracting business. Allan is a chartered engineer with more than 40 years’ international experience in the automotive, aerospace and defence industries, and cites his time as an apprentice electrician as providing an invaluable foundation to his career:

“I started my own career working as an apprentice electrician with my father’s contracting business. I believe that the early training provided through my apprenticeship, together with some good luck and hard work, has helped me develop a successful career in engineering.”

“Apprenticeships are crucial to the success of our sector and to the economic development of UK plc. We must ensure that the right skills are in place to help businesses take advantage of growth opportunities and improve their profitability. Those of us who employ apprentices realise the value that they bring to our business. We need to encourage more employers to offer Apprenticeships simply because they are a cost effective and practical way to build the skilled workforces that are essential for future growth and development.”

Previously, Allan was chief executive of Cobham PLC and has held senior roles at GEC-Marconi, BAE Systems and Hughes Aircraft. Allan also held the position of deputy chairman of Marshall of Cambridge (Holdings) Limited and is a member of the operating executive board of J F Lehman & Company.

Over the years Allan’s career has led to him being chair of the Sector Skills Council for Science, Engineering and Manufacturing Technologies (SEMTA). He is currently Industry co-chair of the Defence Growth Partnership (DGP). Until August 2016 he was the lead Non-Executive Member of the department for Business, Energy and Industrial Strategy.

Allan was chairman of the UK Trade & Investment’s Advanced Engineering Sector Advisory Board until October 2013, and chairman of FINMECCANICA UK Ltd and Selex ES until December 2014. Allan is past president of the Aerospace and Defence Industries Association of Europe (ASD) and past president of the Society of British Aerospace and Defence Companies (SBAC). He is a fellow of the Royal Academy of Engineering where he is Vice President and serves as a trustee for the Academy. He also chairs the Academy’s employer-focused Diversity Leadership Group. He also became a Fellow of the China 48 Group Club in December 2015.

Allan was awarded a CBE in the Queen’s New Year’s Honours list in 2008, and received an honorary Doctorate in Science from Cranfield University in 2016. 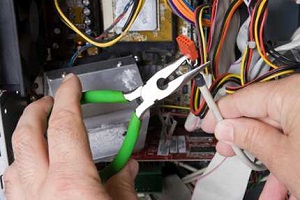