Posted on September 21, 2020 by Jonathan Hawkings

The 21st September is Zero Emissions day. Airbus chose to mark the occasion by announcing its intention to develop a zero-emissions aircraft to come into service in 2035. As Grazia Vittadini, Airbus’ Chief Technology Officer, put it at the launch event, 2035 is tomorrow in our industry.

Airbus has therefore made the decision to select the specific technologies it will develop in order to achieve the goal of a zero-carbon aircraft by 2035. While there is an array of different technologies to explore and develop to achieve this goal, hydrogen is at the centre of its focus.

Hydrogen can be used for aviation in three ways – direct combustion through modified gas turbines, convert it into electric energy through a fuel cell, and finally it can be combined with CO2 to make synthetic kerosene.

Hydrogen is comparable with kerosene in terms of its energy levels; however, it is 1/3 of the weight of kerosene. There is also an expectation that the increase in demand for hydrogen technology across sectors will lead to a significant scaling up of the hydrogen industry, thus reducing the cost significantly.

The main challenge is the volume – it takes up four times the space of the equivalent required amount of kerosene. Airbus are therefore exploring how the hydrogen can be stored in three concept aircraft described below.

For these concepts to become a reality, the whole aviation ecosystem needs to get on board. Airbus is working with airlines, airports, energy suppliers and Governments to advance the understanding of this pioneering work and to bring the wider aviation industry on this exciting journey.

Airbus’ announcement today is hugely important for the sector at an extremely difficult time. It is now up to Governments to act and support the sector as it recovers from the COVID-19 crisis if the ambition of zero-carbon flight by 2035 is to be achieved. 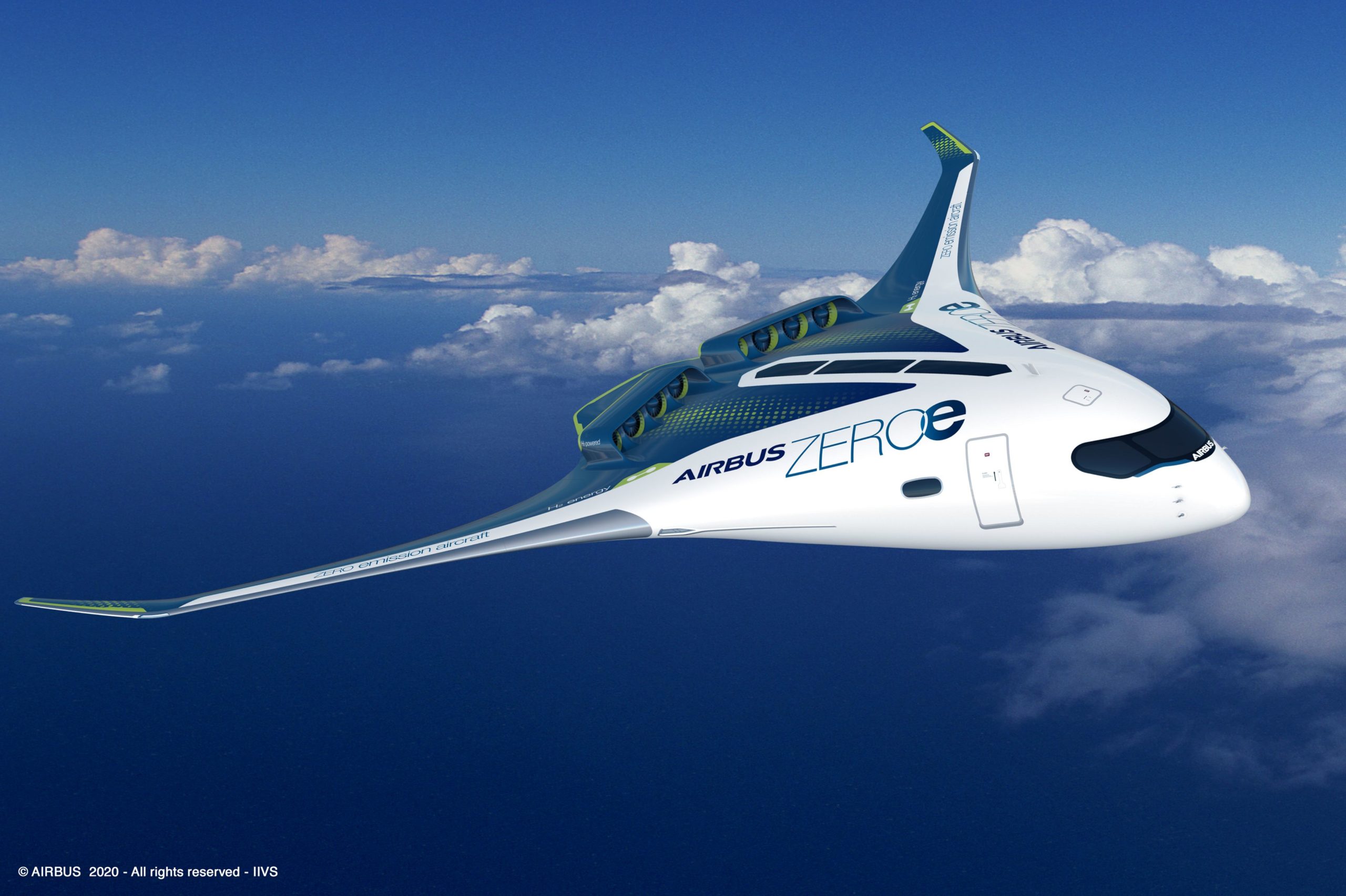