Home » Sustainability » Why is the 2022 ICAO General Assembly important?

Why is the 2022 ICAO General Assembly important?

Sustainability will be centre stage at many key touchpoints throughout 2022, including Farnborough’s Sustainable Skies Summit in April, and the Farnborough International Airshow in July. But the culmination of this year’s environmental efforts will be the International Civil Aviation Organisation’s 41st General Assembly in September. Through 2021, there was a lot of discussion about the General Assembly – but why is it such an important moment for the aviation industry?

Why is ICAO important?

At its core, the General Assembly matters since ICAO, the UN’s specialised aviation body, brings together 193 member states to enhance and develop global air transport. ICAO is uniquely well placed to drive collaborative, coordinated efforts – CORSIA, the carbon offsetting scheme agreed at the 2016 General Assembly, is the only global industry-wide carbon offsetting measure.

Effective action on aviation emissions will require, by definition, global action; while national plans such as the UK’s Jet Zero strategy or EU’s Fit-for-55 package will go a long way to stirring domestic action, fundamentally these efforts must be internationally coordinated.

Why is decarbonisation ICAO’s responsibility?

ICAO specifically holds extra significance for climate change. As part of the United Nations Framework Convention on Climate Change, the UN designated ICAO as the primary body responsible for reducing international aviation’s impact on the environment. The formal negotiations for the most part don’t fall under the COP26 umbrella; while the conference in Glasgow saw lots of important aerospace initiatives, it falls to ICAO where formal multilateral progress will most likely be made.

So where does this year’s General Assembly come in?

September’s General Assembly will bring together all 193 member states to debate and pass measures further directing the ICAO Council, the body within ICAO that produces industry-wide Standards and Recommended Practices, on the direction of sustainability policy. At COP26, the UK Government launched the International Aviation Climate Ambition Coalition, setting out a few critical policy asks at the General Assembly:

These policies will help global industry work with nation states around the world to research, develop, bring to market and scale up the innovative and novel technologies that will be required to reach net zero. The General Assembly will also serve as a key market signal – an opportunity to demonstrate international commitment to decarbonisation of aviation – potentially unlocking further investment in and financing of sustainability initiatives.

In 2016, ICAO instituted a world-first in the form of CORSIA – the first global offsetting measure of its kind. In 2022, ICAO can build on this and demonstrate the value of multilateral action on climate change. As these pages have demonstrated, industry stands ready – it’s time now for the member states of ICAO to fully commit to reaching net zero carbon emission by 2050. 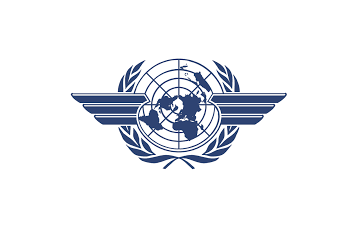