Who holds the power in EU Aviation Agreements?

It was recently reported that Chris Grayling had written to all the transport ministers from EU27 countries in an attempt to secure backstop agreements for aviation in the event of a No Deal. Following the publication of the DfT’s Aviation Technical Notices on Monday, Dan Micklethwaite, the UK’s Director-General for Civil Aviation, is also writing to his counterparts in all the EU27 to follow up this initiative. Yet is this an effective tactic, and who holds the power in aviation agreements – EU Member States or the European Commission?

Member States can technically conclude their own aviation agreements on the negotiation and implementation of air services with third countries (according to common rules set out by European Union Regulation 847/2004).

Since 2003, however, a common European Union external aviation policy has developed. This was the result of the European Court of Justice ‘Open Skies’ judgement in 2002, which ruled a number of aviation agreements concluded by several member states were incompatible with the requirements of EU law.

From then, EU Member States have mandated the Commission (advised by EASA) to conclude aviation agreements on their behalf. This has been the case with many key aviation agreements, including EU-US Open Skies Agreement of 2008, and the EU Bilateral Air Service Agreements with the US, Canada and Brazil.

So although Member States can technically conduct their own aviation agreements, this would be at odds with the collective approach which has prevailed since the early 2000s. Further, Regulation 847/2002 deliberately states that the Commission can declare that any attempted negotiation by a member state would ‘undermine the objectives of Community negotiations underway’.

As separate negotiations with the EU27 for backstop aviation agreements would contravene both the EU common approach to external aviation policy, and Task Force 50’s negotiations with the UK, it is unlikely this approach would be successful. Yet although Chris Grayling’s letters are not likely to succeed in their own terms, there is the possibility they may encourage the Member States to realise how vital it is that we achieve a deal on aviation.

If the Member States wish to ensure their passengers’ safety and maintain business continuity, they should mandate the Commission to first, instruct EASA to begin No Deal conversations with the UK CAA, and second, conclude an aviation deal with the UK as soon as possible. This would provide continued air safety, air travel and business continuity regardless of the ultimate outcome of the negotiations. 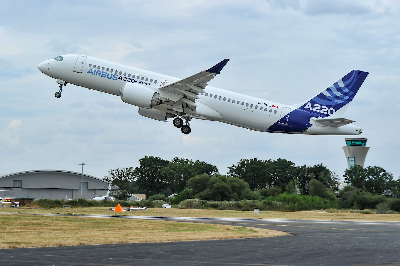