Q1 2022 economic headlines of just 0.8 per cent growth on Q4 2021 were somewhat overshadowed by the fact that March 2022 saw monthly decline of 1 per cent.  These numbers do not reflect the influence of rising energy bills throughout April, or the increase in National Insurance contributions.

The impacts of the COVID-19 pandemic are still being felt with GDP just 1.2 per cent above pre-pandemic levels.  However, GDP annual growth, comparing Q1 2022 to Q1 2021, is looking like 6.3 per cent growth at first estimates, which is positive given the depths that UK economic growth fell to prior to the vaccine role out.

2022 has gotten off to a slow start with there being no growth in February 2022, having been revised down and now a slight decline in March. The beginning of the year saw consumers searching for confidence, recent months had seen COVID variants spring up again. Rising inflation has been creating pressures on the cost of living, having reached a 30-year high.

Both production and services output declined in March with both falling by 0.2 per cent. Construction was to thank for the partial offset in decline, as it grew 1.7 per cent in the month.  The focus of this blog is naturally on production output, which is still well below pre-pandemic trends. However, Q1 2022 showed that production output increased by 1.2 per cent on Q4 2021. The volatile nature of manufacturing output in recent months which is net positive, growth in gas and electricity output as well as increase in water supply have all contributed to the on-quarter production output increase.

The production output data shows that aerospace manufacturing stays considerably behind a number of other manufacturing sectors in terms of output levels. Compared to this time last year, the Food manufacturing sector is 3.8 per cent above where it was in March 2021. However, there is worse news in the pharmaceutical sector, which is 8.1 per cent below March 2021, having seen significant growth in 2021 with the run up to the roll out of the COVID vaccine. The Automotive sector saw their lowest registration figures since 1998 in March which usually experiences a boost from new plates. This is likely another victim of the cost-of-living crisis as consumers curb their spending, with output 15.9 per cent lower than March 2021.

Aerospace continues to lag behind other manufacturing sectors

Aerospace manufacturing output was 10.5 per cent smaller in March 2022 compared to March 2021, which puts the sector production output at 40.5 per cent below pre-pandemic levels. March saw yet another output decline of 1 per cent, despite the easing of travel restrictions offering encouragement for the future. There were a number of positive announcements made for the sector towards the end of Q1, early in Q2 including government funding, rate ramp up and new jobs in Broughton, but the effects of these are not expected to be seen until later in the year.

March saw aerospace repair and maintenance output grow by 11.2 per cent in line with UK flight recovery. UK flights arrivals and departures were just 22 per cent below 2019 levels at the end of March which is a significant increase on recent trends.  Aerospace repair and maintenance production output has struggled with fewer aircraft flying and the levels have remained low since April 2020 and are currently 38 per cent below pre-pandemic levels.

The quarterly comparison chart of key manufacturing shows how the aerospace sector is on a difficult trend, remaining below other sectors and trending downwards. Expectations for a recovery in coming months are still in place with recent funding announcements potentially boosting further sector investment and the ongoing return of international travel, which the UK will benefit more from owing to greater UK exposures with wide-body aircraft. 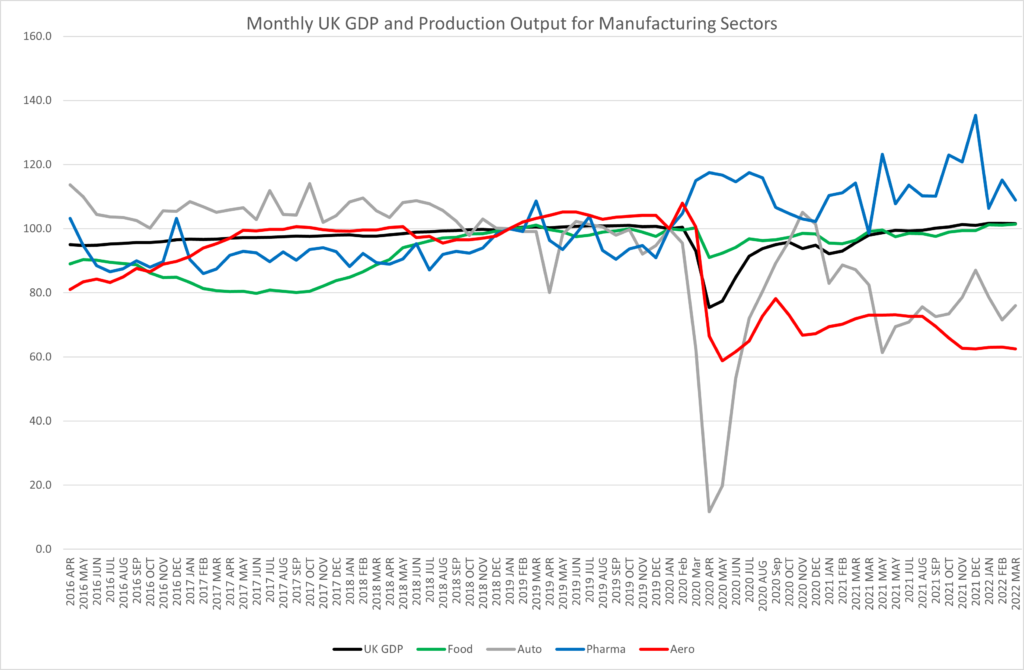 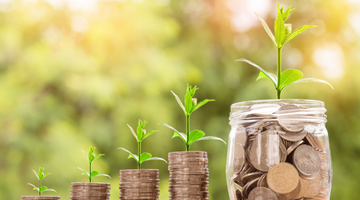