Four things I learned in my first four weeks at ADS

Posted on February 5, 2016 by Sophie Carroll

A lot can happen in a month – Davos and Tim Peake’s space walk just to name a few – and my first few weeks as Public Affairs Adviser at ADS has certainly been busy. While I might still be considered ‘fresh’ in the industry world, I’ve already learned plenty about the aerospace, defence, security and space sectors. Here are some of my highlights so far.

Assuming you have turned on your TV or computer in the last few weeks, you will probably be aware that Major Tim Peake recently carried out the first ever spacewalk by a British astronaut and is now two months into a six-month journey orbiting Earth. It’s certainly excited everyone back here on Earth – even prompting a Parliamentary debate on the UK’s space policy in January. The space sector is worth £11.8bn a year to the UK economy and there are plans to grow this through the joint Government and industry space growth strategy to £40bn by 2030. We’ve seen a lot of revolutionary developments in space technology recently – for example, Airbus Defence and Space are currently designing technology that will ‘clean up’ orbital debris that could potentially cause serious damage to space stations and Earth.

‘The productivity puzzle’ is a very familiar phrase in the industry world, as politicians and business continue to debate exactly how we should go about rebalancing the UK economy and boosting productivity. One sector that is already very productive, and could act as a model for others, is aerospace. Between 2009 and 2014, the sector experienced an impressive 50% productivity growth, while the UK economy as a whole grew by just 4%. The sector has an annual turnover of £29bn and directly employs 111,000 people, including 3,300 apprentices. This growth is due in large part to the Government’s investment in modern Industrial Strategies, including the Aerospace Growth Partnership (AGP), which have changed global perceptions about the UK as a place to invest.

With the Prime Minister’s renegotiation on the UK’s EU membership well underway, a referendum increasingly looks to be on the cards this year, perhaps as early as June. An ADS report last year showed our sectors believe the UK remaining in the EU would be better for our global competitiveness, as they benefit from access to free trade, integrated pan-European supply chains and R&D funding. However, there is also a clear call for change to improve the effectiveness and efficiency of Brussels and to maximise the value of EU membership for the benefit of British businesses.

Everyone’s going to be at Farnborough

The biennial Farnborough International Airshow (FIA) will be returning 11-17 July this year, so be sure to mark the date in your diary. This global showcase for the aerospace industry attracts a very international audience, with the trade show taking place from Monday to Friday. There will also be plenty going on to inspire the next generation of young engineers, with Futures Day on Friday and the Public Show running over the weekend. You can also look forward to flying displays every day, so you will probably want to bring your camera. 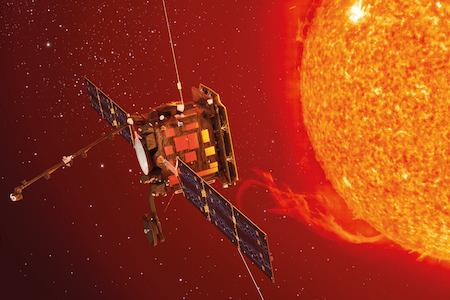