For those of us who are in it, it’s impossible to ignore the impact the COVID-19 crisis has had on UK aviation and aerospace. A briefing published by EUROCONTROL last week highlights just how big the impact has been on the UK economy. It serves as a timely reminder for those who aren’t in the thick of it, the aviation sector is facing an existential crisis. With a second wave of the pandemic sweeping across Europe, the route out of the crisis looks increasingly turbulent.

All areas of the sector have been impacted

The analysis looks at the impact of the crisis on flight numbers, passenger numbers, job losses, and the economy. Some of the ‘highlights’ show:

“These figures show UK aviation has been the worst affected in Europe by the Covid-19 crisis. Aerospace manufacturers who employ more than 100,000 people in the UK are facing an existential crisis that will only be eased when flights recover.

“Testing can unlock reductions in the 14-day quarantine period that is having a chilling effect on demand for air travel. The Government’s new taskforce to examine testing of travellers must work quickly and deliver real change in the current quarantine policy.”

On 7th October, the UK Government announced the creation of its Global Travel Taskforce. The taskforce will examine how a testing regime could be implemented to minimise or remove the need for international arrivals to quarantine when entering the UK.

ADS continues to engage with the Government as it responds to the ongoing crisis. It is clear that there is a huge amount more to do and that the sector faces a long road to recovery. 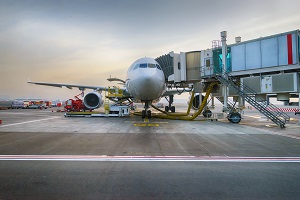