Home » Views & Analysis » Aerospace » Countdown to Farnborough: The Sixties – Britain Opens Its Doors to the World

Countdown to Farnborough: The Sixties – Britain Opens Its Doors to the World

With now 7 weeks to go until the opening of the 2016 Farnborough Airshow, we take a look back at the airshow throughout the 1960s and the increasing international flavour of Farnborough, in this week’s Countdown to Farnborough blog.

As Britain became a global capital of culture, music and art during the 1960s, Farnborough began to recognise the importance of opening up the airshow to both global partners and competitors.

After the Second World War and the scale of innovation of the 1950s, the British Aerospace industry began to consolidate throughout the 60s, especially with the emergence of the nationalised British Aircraft Corporation (BAC). However, this consolidation allowed British industry to focus on a drive for exports, and offered other nations a global platform in Farnborough to showcase their new products as the end of the decade neared.

The first few shows help set a precedent for the growth of the 60s, with the opening of a dedicated heliport for visiting guests using helicopters in 1960 (!), and a greater focus on selling business and commercial aircraft as the world economy began to change.

The video below of 1961 showcases the Farnborough as the ‘home to buyers from all over the world’ and sought to sell the development of Britain’s industry to new customers. The airshow exhibited the Beagle B.206 to business travellers, the Handley Page Herald with the highly successful Rolls-Royce Dart engines to commercial transport buyers (an aircraft which only retired in 1999 after 40 years of service), as well as British innovations in vertical take-off through the Short SC1. The public were also wowed by a variety of low passes, and the aerobatics of 92 Squadron, the Hawker Hunter Blue Diamonds.

As Farnborough moved from an annual to biennial event, 1966 was the first show to allow international aircraft to attend, with the caveat that they must have British engines and/ or major parts. The export drive was in full flow with over £200m in export orders confirmed (£3.25bn in today’s money).

By the time of the 1968 show, the international presence had increased dramatically. Following an order for English Electric Lightnings in 1965, the airshow highlighted the Saudi Arabian version of Britain’s supersonic interceptor, as well as the Handley Page Jetstream, of which 20 orders were placed before the aircraft was complete. The international line up also included a Saab Draken from Sweden (of which 650 would go on to be built), a Dutch Fokker Fellowship commercial jet, and the YS-11A from Japan.

The 1968 video ends with images of Concorde being put through its paces and ground testing, helping to set up a vision of the next decade’s focus on revolutionising commercial passenger travel. 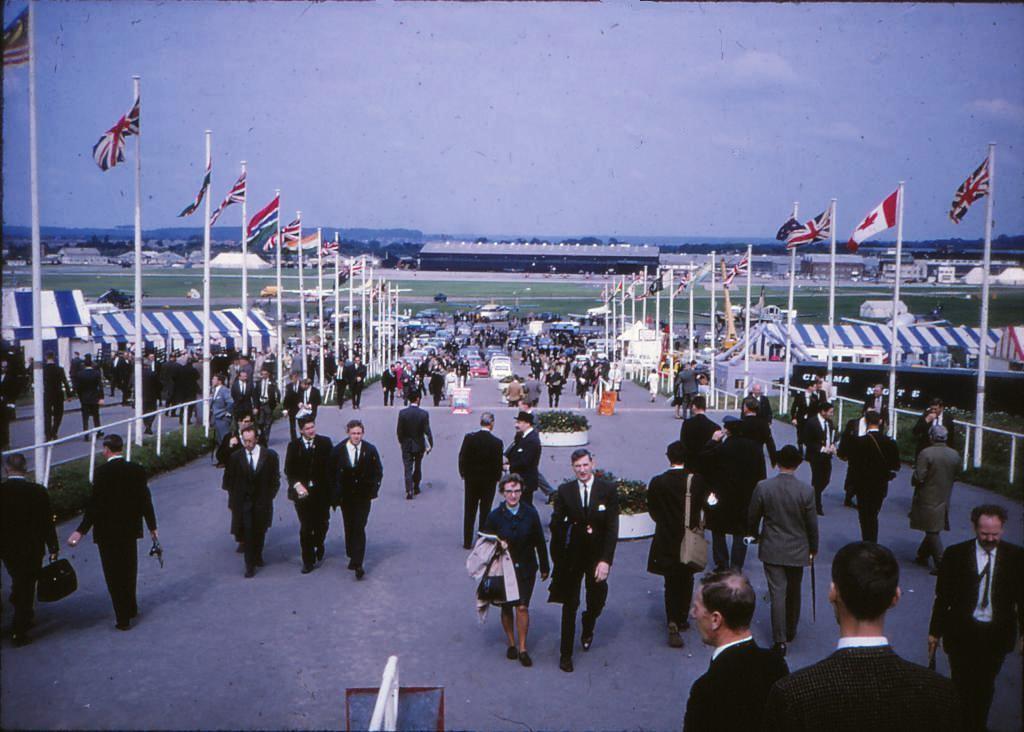