Home » Blog » Aerospace » Countdown to Farnborough: The 1970s – Civil Innovations and the Emergence of Airbus

Countdown to Farnborough: The 1970s – Civil Innovations and the Emergence of Airbus

With now only 5 weeks to go until the opening of the 2016 Farnborough Airshow, we take a look back at the 1970s and how the airshow not only became the global shop window for the development of new civil airliners, but bore witness to the beginning of Airbus’ emergence into the Aerospace world.

The 1972 airshow had as its particular highlight, the first appearance in Britain of the Lockheed TriStar. Designed for 200-300 passengers, the TriStar was Lockheed’s attempt to capture the increasing demand for larger civil airlines, driven by the onset of the 747 and the ever increasing demand placed on short haul narrowbodies. In the video below, the TriStar shows off its Rolls-Royce RB211 engines, which would make it the quietest jet flying at the time, and provide an ample operational test bed for an engine which would go onto to serve the 747, 757 and 767 – all of which still fly today.

1972 also showcased the BAC111, the UK’s shorthaul airliner, which as the video outlines was designed with package holidays in mind. (NB. The video comes complete with cheesy 70s music!)

The next airshow in 1974 was where Airbus made its first Farnborough appearance. The second ever prototype of the A300B displayed at the show, and marked the emergence of Airbus as a serious global aerospace manufacturer.

The 200-300 seat airliner went onto become a huge commercial success, with 561 produced during its lifetime (almost double the number of TriStars). In its modified Beluga format, it still acts as the Airbus workhorse for moving parts and components around Europe, and can be seen regularly over British skies. Prince Charles at his visit to Farnborough in 1978 even took a visit around the A300 on display, and the picture above is the aircraft at the show in the 1970s – against the background of crowds and Farnborough’s chalets and exhibition halls.

The 1970s also showcased the start of the unique display history between Concorde and the airshow, more of which to come in next weeks blog.

1978 also saw an odd first for the airshow – as a live Ski Jump was placed on the runway to showcase the Harrier’s unique carrier take off capabilities. Incidentally, the 2016 show will feature an F-35B which, when in operation with the Fleet Air Arm, will use similar Ski Jump technology on the UK’s new Queen Elizabeth class aircraft carriers. 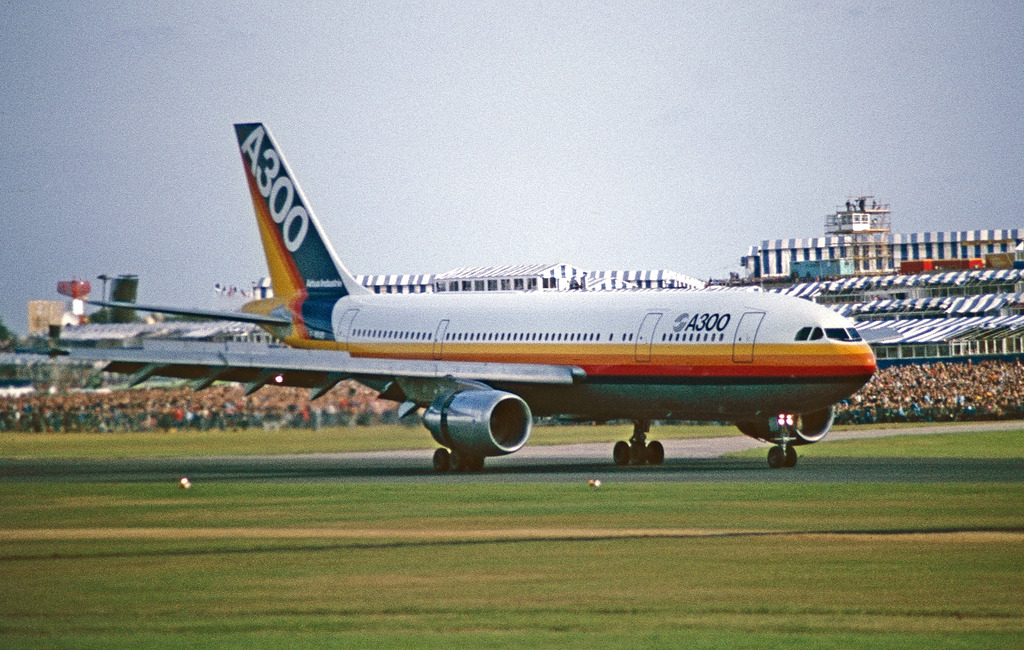