With now 8 weeks to go until the opening of the 2016 Farnborough Airshow, we take a look back at airshow in the 1950s and the emergence of Britain’s delta winged generation, in this week’s Countdown to Farnborough blog.

The 1950s saw the invention and ingenuity of the British Aerospace industry thrive. New designs, prototypes and innovations would appear each and every Farnborough year – with the airshow offering the ability to show off new designs to the public and demonstrate progress to domestic customers.

Below we see two videos which give a fantastic overview of what was present at the airshows in 1951 and 1953 respectively.

In the 1951 video we can see the P111 from 10mins in, with the narrator discussing the benefits and difficulties of the Delta wing design for supersonic flight for the rest of the film. It also includes the Avro 707B flown by legendary test pilot Roly Falk, flight from 13mins in. 1951 also included the English Electric Canberra – the world altitude record holder at the time, and soon to be restored to flight by the Vulcan to the Sky Trust!

The video from 1953 below showcases the Gloster Javelin at 3 mins and 32 seconds, the as well as an impressive fly past of four Avro 7070 ‘Mini Vulcan’ aircraft, and 2 Vulcan prototypes (seen at 9 minutes and 22 seconds below).

Whilst the Vulcan, and to a lesser extent the Javelin, went on to have successful careers in RAF service, the development and testing of all of these aircraft (including Fairey Delta aircraft in particular) would be vital as both Britain and France set about creating the world’s first Supersonic and Delta winged passenger aircraft in the 1960s – Concorde. Greater understanding of how Delta winged aircraft provided superior supersonic performance, and greater surface area drag for landing, would be instrumental in Concorde’s design and development phases. 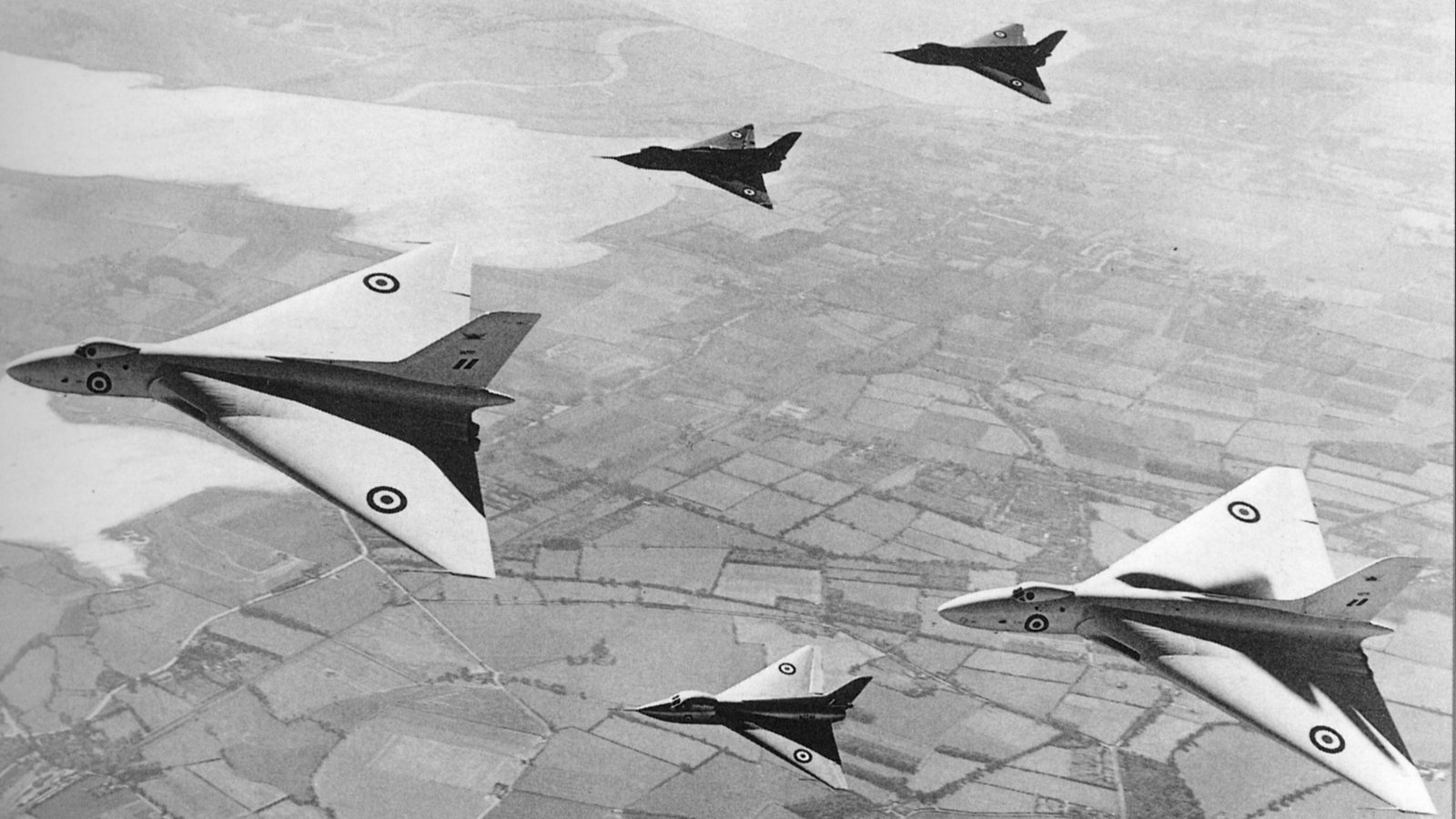