With today marking the official media launch of the 2016 Farnborough International Airshow, over the next 9 weeks ADS will providing a weekly blog counting down to the show – looking back at some of the key moments in its history, and looking forward towards what promises to be one of the biggest Farnborough’s ever.

For this week’s blog, we go all the way back to the beginning. After the Society of British Aircraft Constructors (SBAC) hosted airshows at sites in Radlett and Hendon from 1932, the first show at the Farnborough site took place in September 1948. With exhibition halls located in the Royal Aircraft Establishment’s (RAE) ‘Black Sheds’ on the North side of the airfield, the air display and static display sought to present the best of British aviation innovation and ingenuity to the British public, and to the world.

The video of the 1948 show below highlights some the key aircraft on display – including the Gloster Meteor (the first British jet engine powered fighter), and the deHaviland Vampire (a version of which legendary test pilot Eric ‘Winkle’ Brown would go on to land as the first jet aircraft on an aircraft carrier).

However, the sheer pace of British design and innovation was evident none more so than with the Armstrong Whitworth AW.52 ‘Flying Wing’. Flying ‘publically’ for the first time, the AW.52 would’ve been the first time the British public have gotten a glimpse of a flying wing concept. The sleek lines and tailless flight of the AW.52 can be seen from 3 mins 20 secs onwards in the video – and must’ve been a shock for those used to the sights and sounds of Spitfire’s and Hurricane’s across Southern English skies only a few years previous!

The AW.52 was designed with the future airline market in mind – with the concept seeking to demonstrate at a small scale the potential for flying wing commercial jets, with one option touted to locate passengers in the wings! Against the backdrop of piston engine aircraft still dominating the display, the aircraft represented another breakthrough in British research into areas such as laminar flow over swept wing design and wing skin manufacture and fabrication.

Whilst ultimately the aircraft was not successful – as a flutter issue produced instability when flying at nearly the speed of sound, causing the aircraft to crash – the aircraft did demonstrate the first ever ‘live’ ejection seat use over UK skies in May 1949. The success of the ejection seating in saving the pilot’s life started a long tradition of success for ADS member and British company Martin Baker – which have equipped over 200 different aircraft types and achieved over 7,400 successful ejections since that day.

The AW.52 also represents one of two firsts for flying wings here in the UK – as back in 1996, a year before it even became operational in the US, the B-2 Spirit Stealth Bomber made a flypast of the Farnborough Airshow on a non-stop transit from the US. Still shrouded in secrecy, this was believed to be the first time a B-2 had ever entered UK airspace. The ‘Spirit of Washington’ B-2 which performed that flypast 20 years ago, is still in active service to this very day. 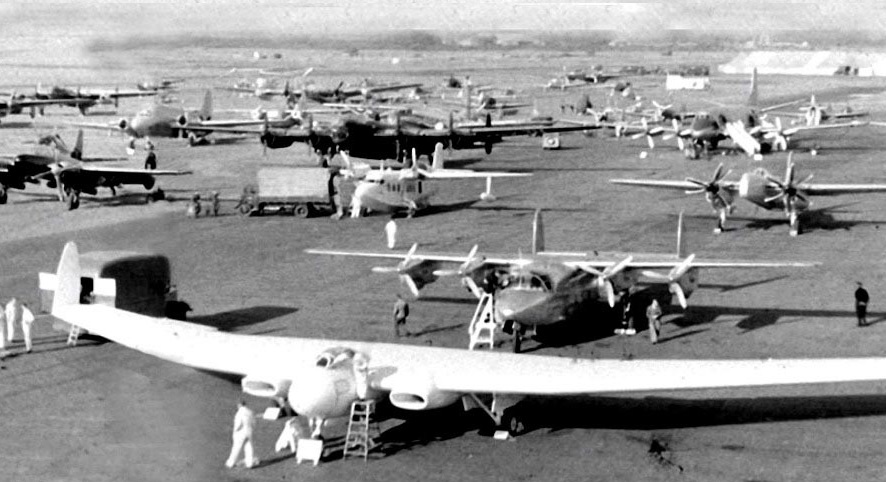