Countdown to Farnborough: Sights and Sounds of America

With now just 2 weeks to go until the opening of the 2016 Farnborough Airshow, we take at how the presence of the US armed forces and aerospace industry has developed at the airshow – more often than not bringing an abundance of speed, noise and size to proceedings!

Whilst a number of US-produced aircraft had displayed at the airshow in RAF during the 1960s, the first US Armed Forces aircraft to fly at the show was a US Navy A-7E Corsair II, back in 1970. The aircraft, which flew using TF41 engines jointly produced by Rolls-Royce, was used for over 20 years in both the US Navy and Air Force. The aircraft that displayed that day (which can be seen in the picture below) eventually went onto to serve in the Vietnam War, operating from the USS Kitty Hawk and USS Coral Sea. In May 1972, the aircraft was downed by an Surface to Air Missile, however the pilot ejected safely. 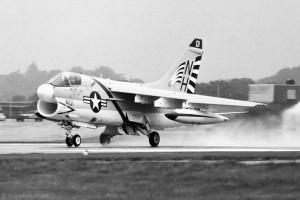 Since 1970, US Armed Forces aircraft have been ever present at the show – with 1972 seeing the US showcase the AV8 naval version of the Hawker Siddeley Harrier, and 1974 the appearance three of Lockheed’s leading aircraft – the SR-71 Blackbird, the C5A, and the P3-C. In particular, the SR-71’s flight from New York saw it set the fastest ever time for a transatlantic flight – only 1 hour 55 minutes (the video link here shows the flight).

Flypasts have also been an ever present aspect of the show – with the full might of the US Airforce on display for the Farnborough crowds. The airshow has seen the iconic B-52 Bomber, the swept wing Rockwell B1-B Bomber, and the B-2 Spirit Stealth Bomber all make flypasts of the Farnborough Airshow; with many on a non-stop transit from the US.

The US has also used the airshow as a display ground for developmental aircraft – mirroring Farnborough’s role as a testing ground for the RAF. Previous years have seen aircraft such as the prototype versions of the F-15 Eagle (which can be regular seen over UK skies), and the YF-17, the developmental version of what would later become the F/A 18 Super Hornet. Farnborough attendees this year will be able to witness the sounds and sights of the Super Hornet display throughout the week and weekend – below is a taster from the 2014 airshow.

In 2016, the US will continue its strong presence – with the F-35, F-16, F-18 all displaying, and the P8 alongside a number of other US aircraft all set to be on static display throughout the week. The public days of the airshow will also see a strong historic US presence – with Second World War aircraft such as the P-51 Mustang, B-17 ‘Sally B’ Bomber, and the Grumman F8F-2P Bearcat all making an appearance. 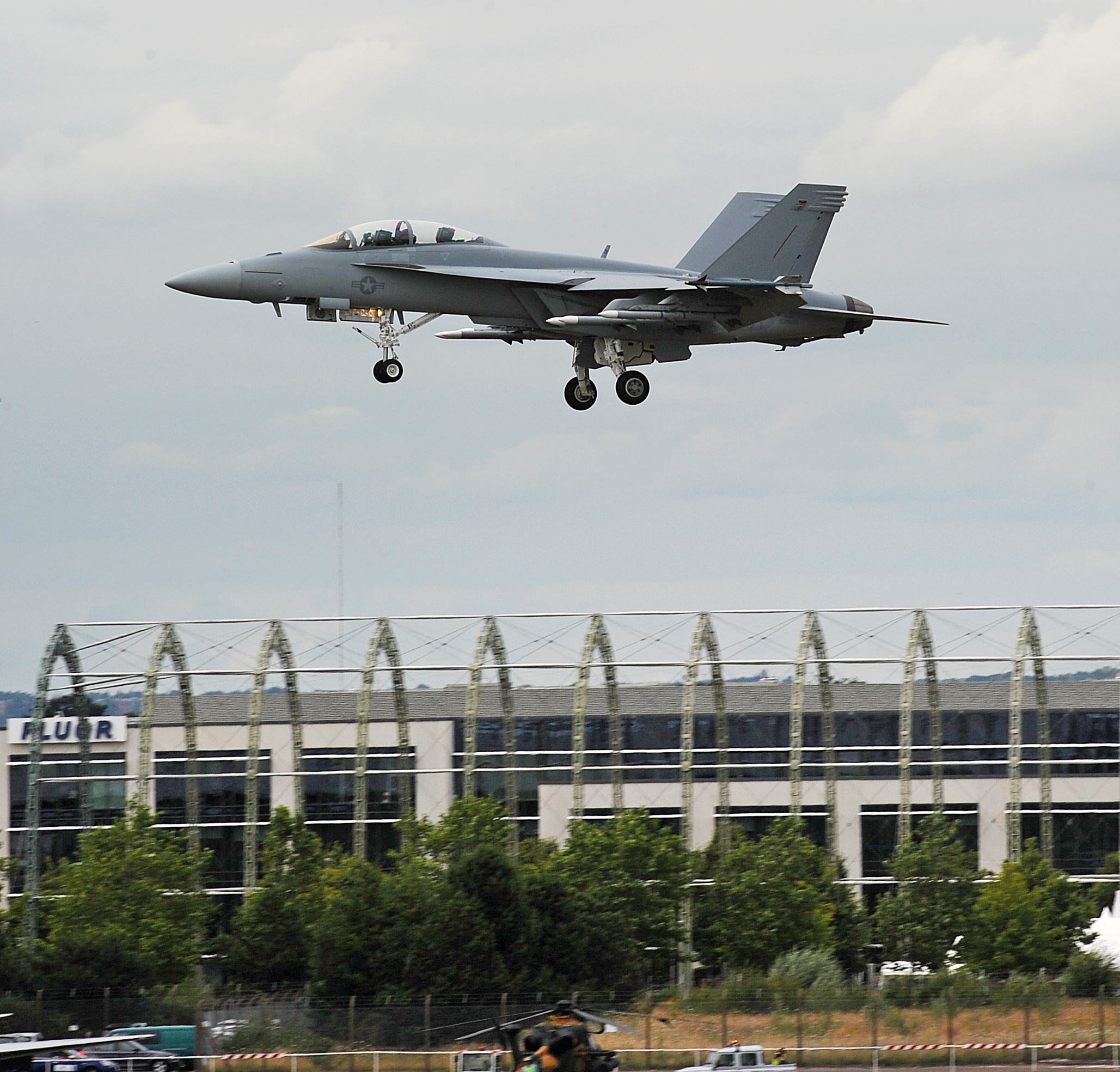