The UK has placed itself at the forefront of civil and military aviation for decades; and the development of a Combat Air Strategy represents an ideal opportunity to further cement the UK’s position as a nation that sets the standard for military air capability. As Defence further develops the UK’s approach to combat air in the coming months it is imperative that it is imbedded within the UK’s existing R&D landscape and leverages all available national resources to do so.

National prosperity and national security are becoming ever more intertwined, and the Combat Air Strategy offers UK Defence an ideal opportunity to further demonstrate the value of our sector to the nation. Defence aerospace represented 85% of UK defence exports in 2016 and directly employed over 30,000 people across the country. The potential value of a coherent, well-resourced, and ambitious national strategy for combat air cannot be over-stated.

The UK defence industry continues to merge with civil industries and borrow ever more from the advances made in sectors such as aerospace, healthcare, and automotive. Here efficiency and communication is vital; Defence has long been guilty of duplication of effort and insisting on militarised versions of civil technologies at higher cost to the taxpayer– now is the time to address these issues. A Combat Air Strategy that leverages military and civil national initiatives and strategies will be much stronger for it. Advances in the civil aerospace sector through the Aerospace Growth Partnership (AGP) and Aerospace Technology Institute (ATI) represent a wealth of expertise that can be explored, likewise the work being done on artificial intelligence and autonomy in higher-education institutes across the country is a readily available source of world-leading knowledge. Here the MOD and defence industry must be coordinated and pragmatic in its engagement; similar to international engagement Defence must present a common image to the stakeholder and demonstrate the value of its involvement.

Sustained and coordinated investment will put the UK in a good position to remain a world-leader in this space. A close private-public relationship is vital in order to ensure that the UK collectively understands the road ahead and makes the appropriate investment decisions. A strategic national focus on key technologies, making early choices and leveraging civil R&D initiatives, will inevitably attract international partners who value the UK’s core capabilities. Working with allied partners will remain a key part of the UK’s approach to operations and R&D, and as such it is important that any future platform has interoperability at its core. For a strategy such as this it is likely that international partners will be sought, and here it is vital that the UK remains ahead of the chasing pack and the ideal international partner. 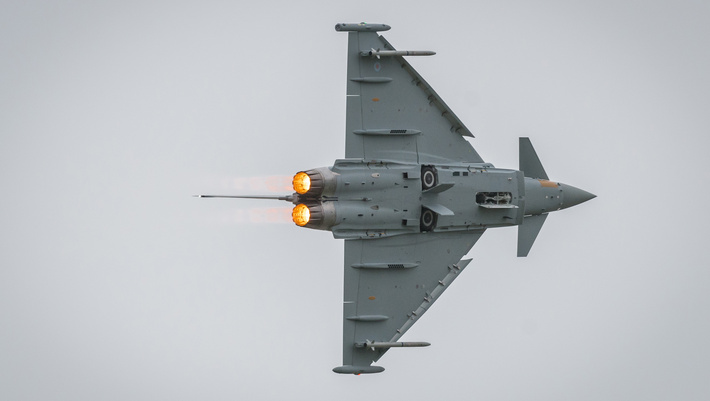