An aviation industry for the twenty-first century

On Saturday 7th April the Government published the next stage in its Aviation Strategy, which plans to set out the framework for the industry over the next three decades to 2050.

The announcement of a strategy came last year, when the Department for Transport published its initial document ‘Beyond the horizon: The future of UK aviation’ in July 2017. This was followed by a consultation stage until October, to which ADS and a number of our members responded.

With the first consultation completed, the just-published ‘Next steps towards an Aviation Strategy’ considered the initial response from stakeholders, and offered more detail on each of the key themes. After this stage of cooperation, the Government will publish a green paper of detailed policy proposals in early autumn to pursue to aims outlined in the Next Steps document. Once a consultation on this has been completed, the final Aviation Strategy will be published in early 2019.

The six themes are:

• Putting the passenger at the heart of the aviation experience;
• Advancing global Britain through improving trade and international regulatory relationships;
• Enhancing aviation safety and security;
• Making sure the aviation market remains competitive;
• Working towards quieter, more sustainable aircraft;
• Assisting the development of new technologies that open the way towards electric and hybrid aircraft. 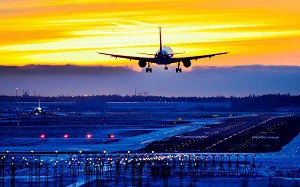 Each of these themes is now being developed through cooperation with stakeholders. The aerospace industry has a clear stake in the strategy being produced, particularly where the design and manufacture of airplanes is relevant. Environmental standards, including CO2 emissions but also noise levels and those of other chemicals, are one clear interest for aerospace. So too is the use of technology, with the development of hybrid, electric and autonomous aircraft a key interest for maintaining innovation and competitiveness in the UK aviation industry.

Other areas too are of significance for aerospace. An effort to improve aerospace exports is part of the strategy, as in a consideration of a more effective UK involvement in international regulatory bodies, such as the International Civil Aviation Organisation. Cyber security is a growing concern, as is the potential for much greater use of drones which also has security ramifications. On all of these, the aviation industry is engaging with the Government, and ensuring that its view is clearly heard.

The Government’s approach can be summed up by quoting Aviation Minister Baroness Sugg, with her speech in early March to the Airport Operators’ Association. The new strategy will be: “rooted in partnership between government and industry” and “will set a framework for a safe, secure and sustainable aviation sector” with the goal of making “Britain a stronger, more competitive and more prosperous country”.