Today’s announcement by Business Secretary Greg Clark, of a new £45m challenge to establish a centre for battery research in the UK, is seeking to move Britain to the front of the (battery) pack for new commercial battery technology development. With an initial focus on taking advantage of the ever growing use of electrical propulsion in the automotive sector, the institute will be the first part of the 4-year investment and will also try and find the best way to commercialise any new technology development.

But aside from the automotive sector, what about the prospects for electric, and more specifically, battery technology used for Aerospace and aviation?

The use of electrical power in Aerospace has grown significantly over the past 50 years – particularly with the revolutionary move to fly-by-wire controls – which has dramatically increased performance and reduced fuel burn. However, the electrical power required to physically propel an aircraft to fly efficiently and effectively, is a whole new ball game.

Put simply, current generation battery technology does not offer the power-to-weight ratio or cost effectiveness to make large scale battery powered flight commercially or even physically feasible. The amount of aviation fuel required to get an aircraft off the ground and travel the distances we see today, would require a significantly heavier equivalent of batteries installed – which would then impact on performance and overall weight distribution. Today, 1,000 pounds of jet fuel yields about 14x more energy than a 1,000-pound battery. In order to power a 737-sized aircraft at the same range and performance would need a battery 10x more powerful than what currently exists.

But this does not mean the industry is resting on its laurels. Ongoing research includes NASA’s 14 motor X-57 concept, Airbus’ Urban Air Mobility programme, and Boeing’s investment in Zunum Aero to develop a 10-50 passenger hybrid aircraft that can travel up to 700 miles. In addition, Israeli start up Eviation are seeking to develop an all-electric small aircraft with a 980-kWh, lithium-ion battery pack, about the equivalent of the storage in 10 Tesla electric cars.

With the Government also committed to initiatives such as the Aerospace Technology Institute (ATI), further advancements in battery technology may help to foster future UK’s Aerospace projects on new electric propulsion to match other initiatives and meet current challenges.

In order to bring battery technology to a larger commercial scale, particular focus has been made on the potential for more hybrid technology – where an electric motor turns a propeller and a turbine engine drives another generator for power and then thrust in cruise.

But it’s not just the physical challenges which could limit growth in this area – airlines would have to take in a range of factors before committing to buying and running electric aircraft. How long would it take to re-fuel batteries on electric only or hybrid aircraft? What would the maintenance costs be and is there a network of engineers along the routes and destinations?

This is why small, business and personal aircraft will be the first to benefit from advances in battery technology, and also benefit from the undoubted leaps in understanding and innovation which will come from technology developed as part of today’s Battery Institute announcement.

So the UK’s bid to be a battery world leader could have future spill over to Aerospace and aviation, despite the unique and overarching difficulties of expanding its wide range commercial use.

But hey, the Aerospace industry has always loved a challenge – just ask the Wright Brothers or Frank Whittle….. 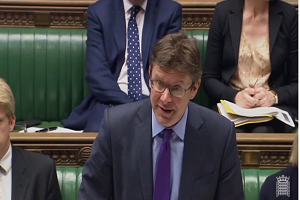