One challenge facing the U.S. aerospace and defense industry today is recruiting sufficient numbers of students into Science, Technology, Engineering and Mathematics (STEM) education programs and careers. According to the 2015 Aviation Week Workforce Survey, the average age in the aerospace and defense workforce has increased to 47, and less than 40 percent of our workforce is under age 45.

While the retirement rate in our industry remains relatively low (1.7 percent in 2014), it is expected to increase significantly as time goes on. Attracting and retaining the best available talent to our workforce is obviously critically important to the long-term health of our industry.

The Aerospace Industries Association (AIA) has long been at the forefront of industry efforts to inspire students to take STEM classes and join the ranks of our workforce. In 2002, America celebrated the Centennial of Flight. AIA, along with member companies like the Raytheon Company, sought to mark the occasion with a program to inspire the next generation of scientists and engineers.

AIA partners with the National Association of Rocketry and more than 20 of our member companies to make TARC a truly rewarding experience for its participants. The 5,000 middle and high school students who participate in TARC each year compete for more than $100,000 in scholarships.

TARC helps students visualize a career in the aerospace industry through hands-on experience with the aerospace engineering design cycle. Building those skills are important, because the U.S. aerospace and defense industry needs a new generation of talent to replenish our aging workforce. And fortunately, the results show that TARC works.

According to recent survey data, 71 percent of TARC participants said the program increased their interest in taking high school science and math courses. Another 68 percent said they would be more likely to pursue college studies in a STEM field. More than half of all TARC participants reported increased interest in aerospace careers.

Moreover, winning the national championship brings another prize: the opportunity to represent the United States on the international stage during the International Rocketry Challenge (IRC) at this year’s Farnborough International Airshow. It all began in 2008, when the UK challenged the United States to a fly-off. That successful event paved the way for the French to join two years later and make the IRC an annual event alternating between the Paris and Farnborough Airshows. This year Japan will officially compete for the first time.

Last year’s winners of the IRC, the RCS Engineers of Russellville, Alabama, were recognized by President Obama at the White House Astronomy Night in October – a clear demonstration of the importance we place on this competition!

The United States will be represented this year by the Odle Middle School “Space Potatoes” – a reference to the successful book and film “The Martian” – from Bellevue, Washington. In addition to scoring an outstanding 13.64 at the 2016 National Finals, the team won TARC’s inaugural Engineering Notebook competition. The team credits their success to collaboration among the three TARC teams at their school, sharing notes and best practices to help inform each team’s design process.

The students competing in this year’s International Rocketry Challenge may very well be the future engineers, scientists and astronauts who will take humans to Mars and beyond. AIA, along with the Raytheon Company and our many TARC sponsors, is proud to support these young people as they launch their careers in aerospace and STEM. 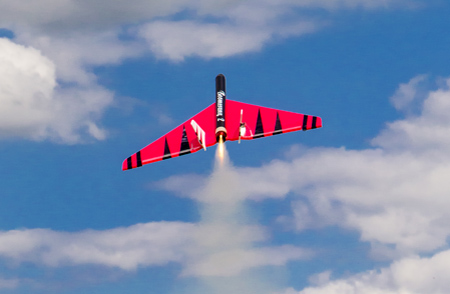