7 facts about the Super Bowl with an aerospace twist

Posted on February 1, 2019 by Heather Gilchrist

On Sunday 3 February 2019, the 53rd Super Bowl will take place in Atlanta, Georgia. The Super Bowl is one of the biggest sporting events in the world and is the culmination of the National Football Confederation and the American Football Championship – the two leagues in American Football. The winners of each championship come together at the Super Bowl to see who will be crowned the ultimate winners for that year. This year those teams are the New England Patriots and the L.A. Rams.

Below are some facts about this year’s Super Bowl, with an aerospace twist: 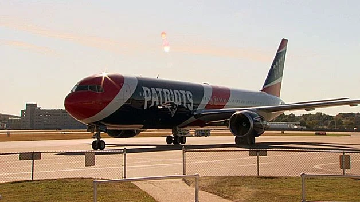