This week the Queen set out Prime Minister Boris Johnson’s plan for Government following his party’s election victory. The December Queen’s Speech is more detailed than the previous speech from October with over 30 pieces of legislation listed. Brexit and the NHS dominate the legislative agenda overall, however there is plenty of detail which will affect ADS and its members in the coming months and years.

Since being elected as Prime Minister, Boris Johnson has made space a policy priority and it was announced in the Queen’s Speech that the Government will launch a comprehensive UK Space Strategy. The strategy will look to boost future funding and lead to a dedicated innovation programme to support future space exploration and exploitation of technology developments.
To accompany the strategy the Queen’s Speech confirmed a new Cabinet-level National Space Council which will aim to put space at the heart of Government policy and deliver the UK Space Strategy.

Brexit is the key short-term goal for the Prime Minister, stating that the Government’s first priority is to deliver Brexit on 31 January and to negotiate an ambitious free trade agreement with the EU that benefits the whole country. Overall there were seven Brexit related Bills in the speech ranging from the key Withdrawal Agreement Bill, a new Trade Bill, and an Immigration Bill all to prepare the country before we leave the EU at the end of January and commence negotiations on the future relationship with the EU and other states.

One of the standout policies announced in the speech was an Integrated Security, Defence and Foreign Policy Review. The Government plans an overarching review of Britain’s security, defence and foreign policy. The 2015 SDSR will form the basis for its direction, objectives and priorities.
The review will examine how to reform Whitehall to support integrated policy making and operational planning across departments and agencies, examine thinking on all aspects of deterrence, examine the entire procurement process used by the armed forces, intelligence agencies and other security forces.
There was also a commitment to spending 2% of UK GDP on defence and confirmation on the creation of an Office for Veterans Affairs.

ADS will be engaging with the Government in the New Year to ensure commitment to sustaining the UK’s global competitiveness and investment in our sector’s ambition for growth. Please find below a two-page summary of other relevant details announced in the speech and further reading is available here. 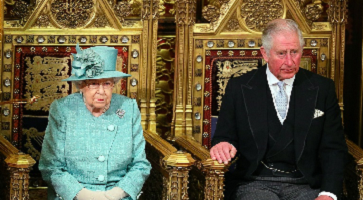